PS4 Firmware Update 2.55 is Out, Adds Stability, Not Much More

Sony has been pushing out their latest firmware update for the PS4, version 2.55. This firmware update is mandatory and it doesn't bring along any new features. This just increases the stability of the PS4. 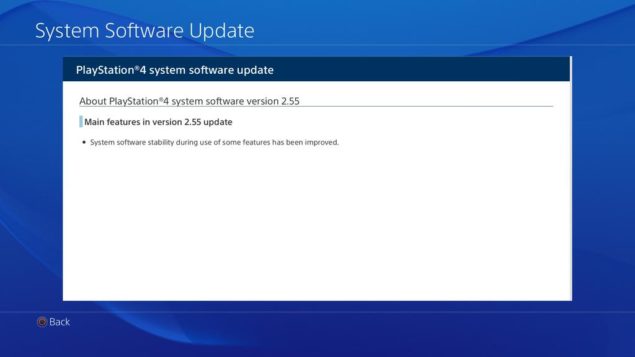 PS4 firmware version 2.55 is out, update now for added stability. No new features to be found.

This relatively minor update just adds a bit of stability to an already mostly stable FreeBSD based OS. Users on Reddit are already noticing that a number of previously annoying, though mostly minor, bugs are no longer problems like they used to be. The PSN can even be navigated marginally faster.

Most notable of the bug fixes is that of the discover bug that affected a number of users. And of course, being Reddit, some are even hoping that their own lives were as stable as the PS4 firmware with this new update.