Protesters Blocked Uber Headquarters Because the CEO Met With Trump 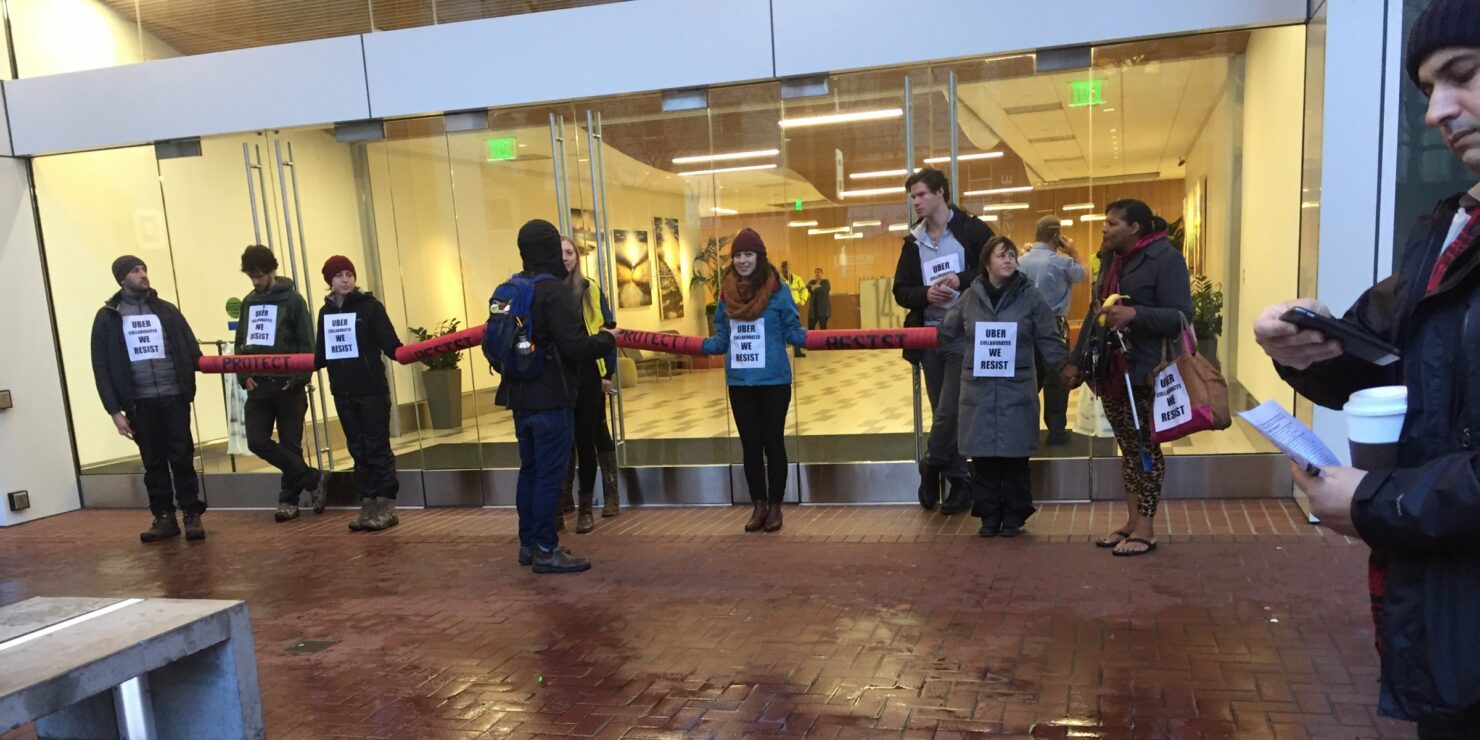 As Donald Trump takes his position as the 45th President of the United States, the world goes wild. Several people barricaded the front of the Uber headquarters and protested against Trump. As was shared with our readers earlier, Travis Kalanick, the CEO of Uber, is a member of Trump’s economic advisory team called the Strategic and Policy forum and it looks like any entity that is associated with Trump will be a victim of criticism and protests for the next few days.

The front door had been barricaded, a few protesters were chained to the door and apparently, no employees were able to enter the building. The side doors had also been blocked and were cleared only when the police intervened. According to sources, Uber has told its employees to work from home or other regional offices until further notice.

Uber and protests on the inauguration day

Squares headquarters are also located in the same building that was blocked by the protesters. The protests got to a point where it seemed that Market Street would be closed down by the protesters. For those who don’t know this, Market Street is a very busy area since it serves as a major link between 10th and 11th streets. Police had been present in heavy numbers to clear the situation. Rants chanted by the protesters comprised of “Trump thinks he runs this town, we have come to shut it down," and “Stop Trump, stop the hate, Uber don't collaborate".

Anti-Trump signs were very common and several of the protesters’ signs read, "Uber collaborates, we resist". According to Sarah Nelson, a spokesperson for Jobs with Justice, “Uber collaborates with the incoming Trump administration, Travis Kalanick is on Trump's economic advisory board, and he is an adviser to the incoming Trump administration. If Uber's employment policies become Trump's policies, then that will be bad for American workers”.

Uber said in a statement, “As a company, we're committed to working with government on issues that affect riders, drivers, and the cities where we operate. Just as we worked with the Obama administration, we'll work with the Trump administration, too."

Uber may have a good agenda behind the support they are offering to the new administration, but at the moment it definitely isn't going down well with some citizens.