Qualcomm's Snapdragon 810 has seen its fair share of negative media publicity over the past couple of months. After Samsung's choice of the Exynos 7420 for the Galaxy S6 duo was accounted to overheating on the Snapdragon 810, we also saw HTC's One M9 plagued with throttling issues that Qualcomm's SoC brings to devices. Qualcomm found partners in the form of Xiaomi who chose to launch the Mi Note Pro with the Snapdragon 810. And looks like the US chipmaking giant's line of partners isn't running out by any accord. 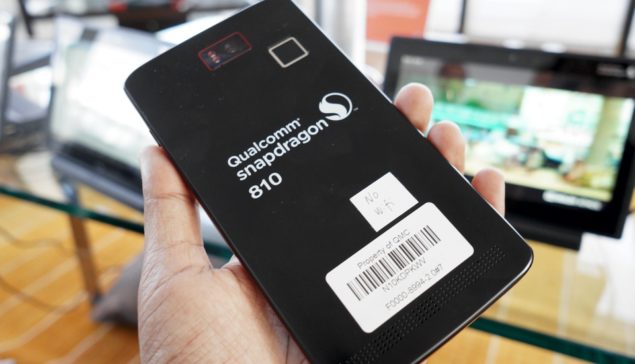 Google And Qualcomm Partnering Up For Snapdragon 810 Powered Smartphone

Google's got plenty of ambitious project under the works. One of these is Project Tango, which uses the large amount of sensors found on a modern smartphone for complete 3D mapping. Google's Project Tango uses Nvidia's Tegra K1 and for the smartphone variant the company's choosing to stick with Qualcomm's top tier Snapdragon 810. Last year's Nexus launches came with similar specifications and seems like Google's eager to stick to what's worked for it in the past.

The new Snapdragon 810 smartphone from Google will use sensors such as the accelerometer, gyro-meter and the camera to accurately map 3D environments. These can then be used in a variety of situations such as virtual reality projections, navigation and even gaming. Google's efficient execution of Project Tango will also end up doing a lot of good for Augmented Reality in general, with developers having much more room to design apps. Qualcomm's Raj Talhuri commented on the development: "We're excited to work together with Google and Android developers to help deliver new, innovative visual experiences using depth-sensing technology on mobile devices."

Google's choice of the Snapdragon 810 also has more to do with the GPU the SoC brings. Qualcomm's Adreno 430 is one of the most advanced mobile GPUs in the market, and with its correct utilization the software giant can make an amazing device indeed. Project Tango's tablet is being shown off by AR developers, so anyone interested in the details can take a closer look. So stay tuned, and let us know what you think in the comments section below.