This article comes from the fan request and its about time we gave you an update on which stage the upcoming Motorsports simulation game is and how is it doing. Well, for starters what you need to know is that  'Project CARS' is a simulation game developed by the British video game developer Slightly Mad Studios. For now, the release date is scheduled to be released on 17 March 2015 in the US and 20 March 2015 in Europe. The game was canceled for release on the previous gen consoles namely the Xbox 360 and the PlayStation 3 and will be hosting all platforms including Microsoft Windows, PlayStation 4, and Xbox One. The Wii U and Steam OS/Linux versions will also feature the game but their release has been delayed to later in 2015. 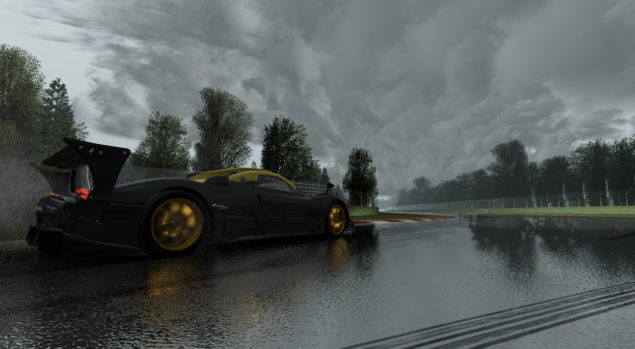 Literally, the game is nothing like you've played before, mainly due to the fact that this is a simulation then just a game and the game is shaping up to be one of the best releases in a long time. Earlier I read a comment to a tweet where a fan complained that so far, the next gen has been all about improved graphics, well here it is. The next gen is now bringing you something completely out-of-the-box. The game's features include:

You can also pre-order your game as it has been put up for pre-orders, and it'll cost you $49.99 USD to do that. and the good news is that on the FAQs page on the official website of Project CARS, the game might yet be available for a demo or Steam Early Access although the 'might' here is emphasized. The team also claims that as compared to 'Need for Speed Shift 2 Unleashed', In Project CARS "The physics, handling, force feedback, input lag, tire model, and all aspects of the handling model have been rewritten and improved, with a community of racing fans and race professionals supervising and testing them throughout. The overall result is something far more realistic and responsive." Well we hope so at least.

Project CARS will be featuring many different cars and there are also limited editions and modified bundles of cars available. The cars in the game will be non-upgrade-able however, the game's tuning system is claimed to be one-of-a-kind which will grant you "full control over all aspects of the car's performance."

Funding for the game was raised by the community and the developers themselves through the company's funding initiative, World of Mass Development. The one's who took part in the funding were promised a share of the profits and the company finally stopped raising funds following the intervention of the UK's financial services watchdog. Members gain special perks, depending on their purchased tool pack receiving a share of the profits and other perks according to the package they bought which can be viewed on the Project CARS website.

Finally we'll conclude by sharing the game's PC requirements which have been officially released as follows:

If you missed it in the introduction, the game will is scheduled to release on 17th of March 2015 and will feature PS4, Xbox One and Microsoft Windows platforms and will later also be brought to Steam OS and the Wii U. If you want to read more on the VR side of the game, follow the link here.