The debate about DX12 is still at its peak and will stay that way until Windows 10 finally releases and we can witness the improvements in person. Until then, these DX12 posts are not going to stop and I guess if you clicked open this article, then you're just as excited about the Windows 10 upgrade and DX12 as I am. So without further ado, let's get to the topic at hand where the Project CARS developer shared his thoughts on the improvements that DX12 will bring to Project CARS. The developer is no minor team member, it is Ian Bell, the Head of Studio at Slightly Mad Studios. Hence, we can say that the information will be correct and accurate to a very large degree. 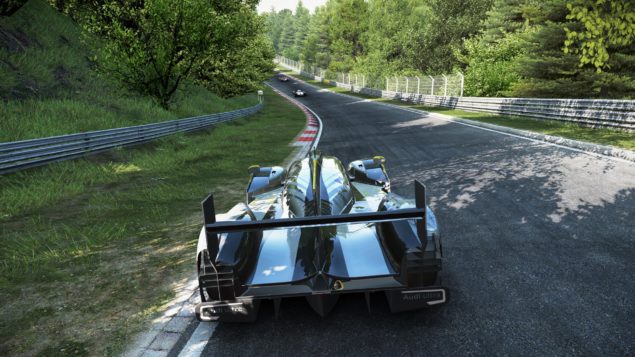 Project CARS developers have been quite open about the development of the game. They have taken to the forums to solve all the issues that the players have and had to face. From bugs to future releases, they have been quite open and cooperative to the fans about their plans and have hence received appreciation as well for it as well.

When asked about the impact of DX12 on Project CARS, the Head of Studios at Slightly Mad Studios, Ian Bell revealed to the fans that the new API will increase the performance of Project CARS by 30-40% which is surprisingly quite a major performance boost. The new API will be making its way into users hands with the release of Windows 10 which is a free upgrade to any PC running a previous version of Windows.

The fan questioned the Studio head Ian on Project CARS forums: "Ian - as you have been quite open about DX12, what would be the benefits for project cars utilising DX12?"

The Head of Studio for Project CARS also reveals a lot of other information on the game regularly which you can follow on Project CARS forums if you click here. That is all we have for now, do share your views with us in the comments section and we will keep you updated with any more information about the game on Wccftech.