After Sony’s Driveclub and Microsoft’s Forza Horizon 2, somewhere behind all the hype for GTA V and The Witcher 3, Slightly Mad Studios’ highly anticipated motorsport simulation video game is just getting ready to crash the records and push the boundaries of visual aspects and graphical detail set by recent next-gen racing titles, taking them to a whole new level. While PlayStation 4 and Xbox One versions of Project CARS will follow the resolution and frame rate that has somewhat become a standard now for major titles on consoles, it will support resolutions up to 12K on PC, offering immense detail with a whole ocean of pixels. 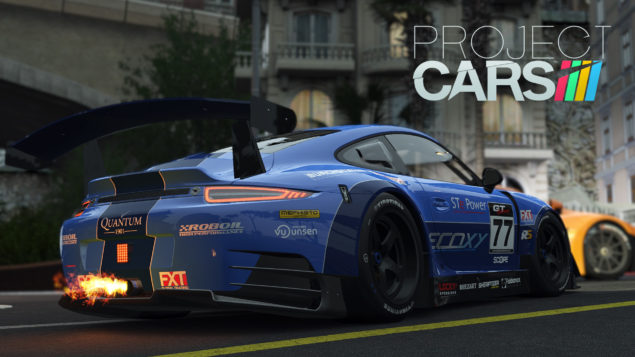 It seems like 4K is not the highest resolution that games will support this year, on PC of course. In a new FAQ post on the game’s official website, Slightly Mad Studios just recently revealed resolution and frame rate details for its upcoming gorgeous-looking racing simulation title known as Project CARS. With all its spicy cars, pretty environments, and breathtaking detail, PlayStation 4 players will enjoy the game in normal 1080p resolution, while the Xbox One players will have to bear with a native resolution of 900p. On the other side, PC players will have the power to push the resolution all the up to 12K, only if their hardware allows it. As for frame rate, Project CARS will run at 60 frames per second on both the consoles, and on PC, it will depend on the hardware setup.

Here’s a quick breakdown of the resolution and frame rate details for Project CARS, courtesy of the developer:

Last year in September, Slightly Mad Studios said that it was aiming for both the PlayStation 4 and Xbox One versions of Project CARS to run at full HD 1080p resolution, but now it is quite clear that the development team was not able to optimize the game at 1080p resolution on Microsoft’s Xbox One. Also, the developer has not shared any details about the resolution and frame rate for the Wii U version of the game; they are to be announced later.

After being delayed for the third time, Project CARS is now set to launch in mid-May for PC, PlayStation 4 and the Xbox One. Release date for the Wii U version of the game is yet unknown. As for the game not coming to the last-gen PlayStation 3 and Xbox 360 consoles, the developer has made clear that their technical specifications are not healthy enough to handle an uncompromised version of the game. Now that resolution and frame rate details are out. You can once again check the system requirements for the game to see if your PC is ready for it.