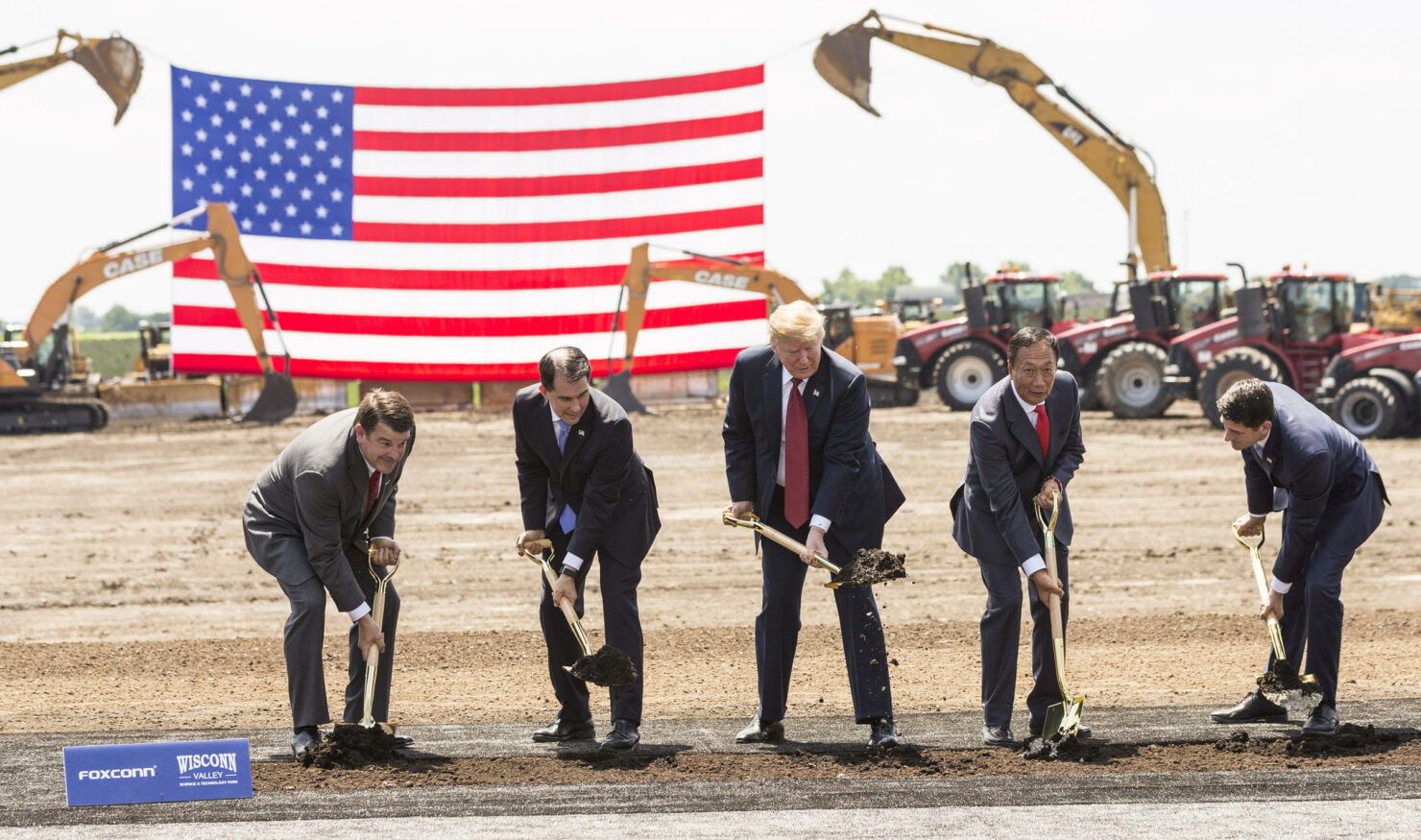 One of U.S. President Trump's biggest promises has been to bring home manufacturing jobs previously lost overseas, the kind of blue-collar work that the heartland of America was founded upon in decades past.

A large feather in the president's cap was the announcement that Apple's (NASDAQ:AAPL) largest supplier (one could possibly label them more of a strategic partner), Foxconn, would be building a massive manufacturing plant right in Wisconsin, USA.

The plant was announced by Foxconn as planned to employ upwards of 15,000 people, and the bulk of these jobs was said to be locally sourced men and women that would receive on-site training for the assembly and production of some major electronics components used in smartphones, namely the display screens. In other words, thousands of blue-collar jobs that didn't exist before.

Once the announcement was made, some were shocked to find out that the state of Wisconsin was offering, with the help of the Federal government, subsidies of upwards of $4 billion dollars to entice Foxconn to U.S. shores.

And Wisconsin has been shoveling money out in preparation for the massive new complex. The state has spent over $200 million in new road projects designed to accommodate the installation.

However, it seems subsidies offered to the manufacturing giant are the least of Wisconsin's concerns. Based on a report from The Verge, work has completely stalled.

Nothing has been done for months despite the millions of dollars Wisconsin is continuing to shell out to get ready for the project, and even worse, Foxconn officials are now going back and forth in public about what exactly is planned. They likened the project to 'building a plane mid-flight', whatever that might mean.

Some landlords in the area that had pending contracts with Foxconn have reportedly canceled contracts due to either nonpayment or ridiculous demands from Foxconn.

The company has one building with its name on it, a modest 4-story office complex in Milwaukee that has about 20 or so Foxconn employees. However, the office is otherwise vacated and the reception desk with a strip of Foxconn branded wallpaper is the only evidence that the firm is even residing in the building.

We can't help but think that Apple's largest supplier no longer really plans to expand into the U.S. Foxconn has stated that the facility would be used to build LCD screens, yet Apple is widely expected to shift entirely to OLED screens in the future, and even Foxconn's own LCD factories overseas are running at less than full capacity. Why would Foxconn even agree to spend billions (after generous subsidies) to build a facility that would produce a component that has no demand?

The troubling part is that neither the Trump Administration nor Foxconn really wants to admit that plans have been scrapped. The latest Foxconn statement said that now, only 1,000 jobs are expected to be staffed by the end of 2020, and none of these are going to be blue collar roles. Instead, they will be research and 'knowledge' based roles.

This would exclude most of the local population who don't have engineering or technology related education degrees, and that is indeed a troubling sign for a state that is on-track to complete about a billion dollars in spending that is all in preparation for a massive production facility that is obviously never coming. A betting man would wager the stalls and delays will persist into 2020, as President Trump will be using the project as evidence of fulfilling his promise to bring home jobs.