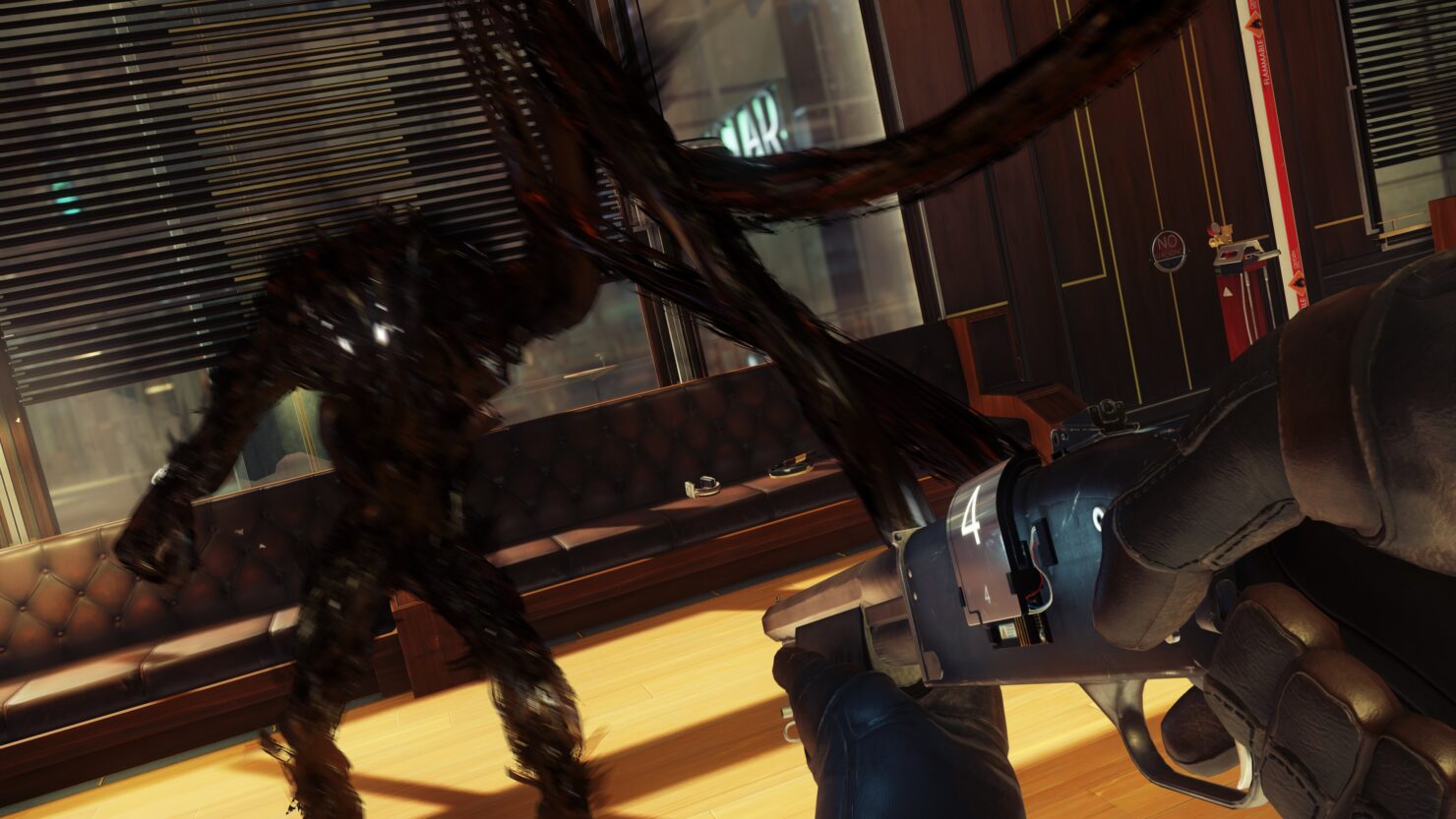 Video game trailers rarely ever end up being representative of the final product. Prey marks a landmark in gaming for being true to its word. What you saw back at E3 2016 is exactly what you will get in May when Prey launches. For those of you who haven’t seen the trailer, I will sum it up for you: Morgan Yu, a test subject at a space station in the year 2032, wakes up, performs his morning routine and heads to work. Each day begins in the same way, even down to the date being precisely the same. The trailer shows scientists running tests on Morgan, then cuts away to the environment being overrun by an alien species. The final scene ends with Morgan watching a video of himself as he explains everything he has been through.

Roughly everything that happens within the two-minute trailer is explained within the hour-long gameplay demo I played. I am going to go into detail about my experience with the game so if you are trying to avoid spoilers, you may want to avoid reading beyond this paragraph. Prey certainly delivers on the hype set by the trailer, then proceeds to add to that excitement with the ending scene of the demo. If I could, I would rather go into Prey completely blind, primarily so the wait for the game wouldn’t feel as long…

A few readers may have played the original Prey (developed by Human Head Studios) back in 2006. This game has very little to do with Prey (2006), and it has nothing to do with Human Head’s concept for Prey 2. “It’s not a sequel. It’s not a remake. It has no tie with the original Prey as is. It’s more like a reimagining of the IP”, said Raphael Colantonio, Co-creative Director at Arkane Studios, during Bethesda’s E3 2016 Livestream. When Prey (Arkane Studios) was revealed at E3 last year, the initial reception was fairly negative towards the publisher, Bethesda. “This isn’t the game we were promised!”, argued countless forum posters. Prey 2 was supposed to be a game about a human bounty hunter on an alien planet, it also featured direct ties to the original game.

Anyway, let’s talk about the actual game. You begin by going through one of Morgan’s ‘groundhog days’. You can explore Morgan’s apartment before heading off to work, giving you an insight into his (or hers, you can choose your gender at the beginning of the game) life. It appears Morgan was encouraged to become a research assistant by his older brother, Alex, at Talos I Research Facility. Morgan flies to work on a helicopter every day, allowing the player to get a nice view of the city before the testing takes place. The scientists treat Morgan like a lab rat, openly criticizing him, knowing he won’t remember a thing by the end of the day. Morgan’s final test is interrupted by a Mimic (one of the black alien creatures) when it kills the lead scientist. One of the remaining scientists’ pumps gas into the test chamber, knocking Morgan out.

This opening sequence, despite taking place in only three or four rooms, does a brilliant job of setting the scene. Morgan’s apartment is littered with books, allowing the player to get a sense of life in 2032. Want to know what chefs refer to as ‘meat glue’? Check out the Encyclopaedia of Food Science and Cooking on the kitchen worktop. These books also provide context to the player. For example, Morgan’s eye is red (as shown in the trailer) due to the side effects of the Neuromods he uses… more on that later.

You soon discover the environment you have been in has been overrun by an alien species. As soon as Morgan opens the front door to his apartment, he is contacted by a man who goes by the name of ‘January’. January instructs Morgan to leave the apartment as it is not safe. Using a wrench dropped by a deceased maintenance worker, Morgan breaks through his apartment window, revealing he was being spied on the entire time. As you wander around, you discover Morgan has been in the facility for over a year (judging by an activity log with the date February 22nd, 2035 on it).

While exploring the facility, Morgan runs into some Mimics. These enemies can be frustrating to deal with as they disguise themselves as anything in the environment. Thought you saw a coffee mug move while looking around? Yep, that’s a Mimic. At the beginning, Morgan is forced to whaling on these creatures with his wrench, but it doesn’t take long before the player finds the GLOO Cannon. The GLOO Cannon (Gelifoam Lattice Organism Obstructer) immobilizes targets, freezing them in place as they remain encased in foam. This weapon can also be used to extinguish flames, temporarily stop electric arcs and, when hardened, be used to climb platforms. Using the GLOO Cannon alongside the wrench felt very similar to BioShock’s Electro Bolt plasmid & wrench combo; that’ll be your default method of killing until you get your hands on some alien powers.

Unfortunately, the demo portion of the game did not allow me to check out any of the alien abilities, but I did get to use one of the Neuromods. In order to use a Neuromod, Morgan must inject himself with a tool (which happens to pierce him close to his eye socket, hence the red eye from earlier on). These modifications allow you to learn new skills and abilities, such as being able to hack or repair machines. I chose the hacking ability as there was a locked door nearby, allowing me to test it immediately. The hacking mini-game has the player navigating through a rectangle within a set time limit as they avoid bumping into boxes. You can bump into blue boxes without any real consequence (aside from being pushed away), but red boxes may punish you by decreasing your limited time in the puzzle. Players have to reach the target and press a specific key while inside the target. At first, I thought the mini-game would always use the same key, but I soon discovered that this changes every time you go through these puzzles.

In the last ten minutes of the demo, Morgan finds a shotgun, along with a brand-new enemy to deal with: Phantoms. Phantoms look like humanoid versions of Mimics, except they have considerably more health, they can fire projectiles and they will damage you a lot faster. Fortunately, the GLOO Cannon can root them to the ground as you blast them to pieces with the shotgun. As you progress further into the facility, it is revealed that Morgan has been in a space station (Talos I) the entire time.

The final portion of the game ends on a cliffhanger, as Morgan discovers a video left behind by himself. Morgan tells himself that January is an Operator (a much more complex version of Siri, essentially) and that his memories since joining Talos I three years ago have been permanently removed. January contains all of Morgan’s memories, leaving this machine as the only thing he can truly trust. The Neuromods that Morgan has been testing were based on the Typhon organisms, the same alien species that has taken over the facility. This might explain the alien abilities Morgan will eventually have control over later on in the game. Morgan explains that by uninstalling a Neuromod, your memory resets back to the moment you first put it in. The scientists were supposed to bring Morgan back up to speed after the tests, but the scientists decided to skip that part, turning a single day into his entire life. He goes on to say that Alex is the one behind this, however he does not know why. The video ends abruptly as Alex found a way to interrupt the feed just as Morgan says, “You’re not going to like what I have to say next”.