Get a pre-release look at Uncharted 3 in theatres October 18th! 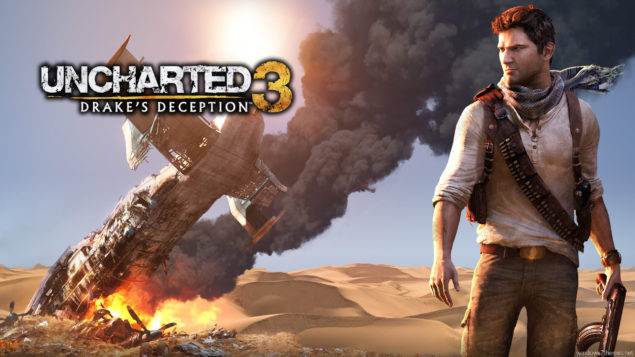 Naughty Dog's sequel to 2009's Uncharted 2: Among Thieves is a bit over a month away and news has just popped in that Sony Entertainment has struck a deal with AMC Theaters and for a mere $25 you can walk into a theater and play the game on the big screen between 18-20Th October which is a good 2 weeks before launch! The catch is, you'll need to be situated in the US, specifically San Francisco, L.A., Washington D.C., New York City, or Dallas. If you are one of those lucky people, you'll get to participate in multiplayer tournaments and prize give-aways and also get an inside look into UC3.

Whats even better is that, if you choose to empty your pockets a bit more, you can have all of the above and get a copy of the game delivered to your doorstep for $60. The game will be delivered on the 25th of October a good week before launch, so you can enjoy the "exclusive" experience and (hopefully) boast about how great the game is to your friends!

If you're interested and in one of those cities, you can go here to check on tickets and which theaters are hosting Uncharted 3.

Uncharted 3 is coming exclusively to the PS3 (obviously) and you'll be searching for a lost 16Th Century treasure as Nathan Drake. You can see the E3 trailer here and watch some more exciting gameplay footage here. There is no question that Uncharted 3 will easily be one of the best titles on the PS3 this fall just like its predecessor was back in 2009.

Uncharted 4: A Thief’s End – Up to 500 joints in Faces Will Bring Life-Like Facial Animations

Uncharted 4: A Thief’s End to Use TLOU Flashlight Tech