Nolan North, the voice actor behind Nathan Drake in the Uncharted series, was interviewed by GamesNewsOfficial and stated rather tellingly that fans probably wouldn't want an actual Uncharted movie should it finally finish production. 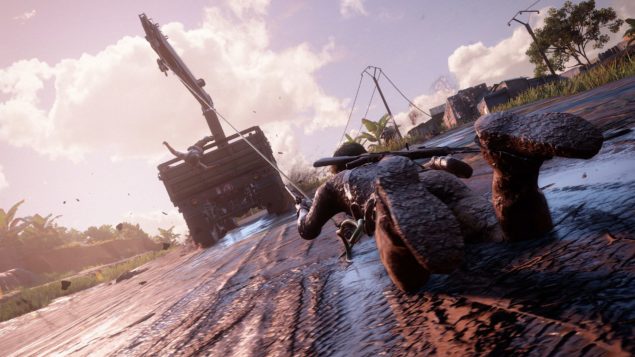 It seems that according to North, fans have certain expectations about Nathan Drake and the cast of characters in Uncharted to the point where any artistic license taken by a movie studio could ruin the magic and myth of the series. North even admitted that even if he played the character he's been voicing for so many years, that it might not be enough to make for a successful game-based movie. And of course there's always the typical idea that movies from game franchises typically do poorer than those that are from other media or original.

But despite the horrible failures that some movies have ended up becoming, the premise of Uncharted could transcend that common direction by virtue of the plot being somewhat classic to cinema goers. The challenge would be in writing a script, and story, that's both original yet also evokes the swagger and charm that makes Nathan Drake so enjoyable a character in-game.

The Uncharted movie is a still currently in purgatory, without a director though an outline of a story and a screenwriter is still assigned. Nathan Fillion has even expressed his interest in taking on the role, something that would fit him and his personality perfectly.