Uncharted: The Nathan Drake Collection Takes up a Sizable Chunk of Your PS4 HDD

The size of Uncharted: The Nathan Drake Collection has seemingly been confirmed by PSU to be a hefty 44.56GB in total if you install it from the disc. 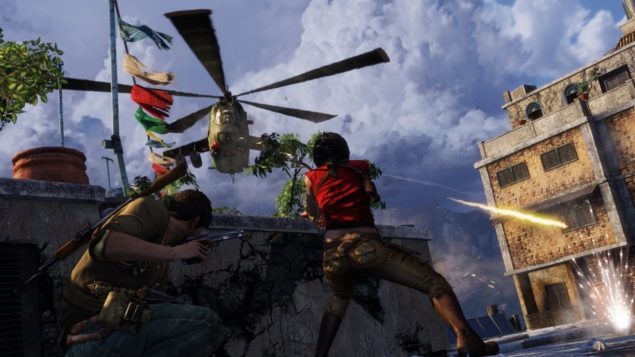 Three somewhat lengthy and remastered games means less HDD space for much else.

Work on the remaster has added quite the visual upgrade to the first two titles while maintaining an impressive level of detail for the third with a higher and more stable framerate through the complex scenes. That remaster also has seemed to reduce the overall size of each of the Uncharted games, lowering the total space needed for all three.

Uncharted: Drake's Fortune is 17.3GB, Uncharted 2: Among Thieves is 20.8GB and Uncharted 3: Drake's Deception on it's own is 43.5GB if all of those were to be downloaded separately on the PS3. Certainly if we add everything up, this should also conceivably prove to be a bit less massive.

For comparison to more recent game releases, GTA V was a whopping 41GB, NBA2K16 is 41.1GB, Metal Gear Solid V: The Phantom Pain is 25.1GB and Until Dawn is 35.2GB in size. Enjoying the remastered version means you get better games with less space used than previously, reliving those treasure hunting memories in beautiful 1080P.