Mortal Kombat X is another upcoming game of 2015. The game is categorised to be a fighting video game and is under development by NetherRealm Studios. It is, as the name signifies, the tenth addition to the famous series of Mortal Kombat (which you might have played when you were young). With a scheduled release date of 14th of April 2015, Mortal Kombat X is currently being developed for the Xbox One and the PlayStation 4. Plans also exist to port the game onto other platforms including the PC, Xbox 360 and PS3 but we've not heard much about them yet. What's more is that the NetherRealm Studio team also wants to develop its mobile app for iOS and Android, so this won't be the last of what we have to discover in the game. 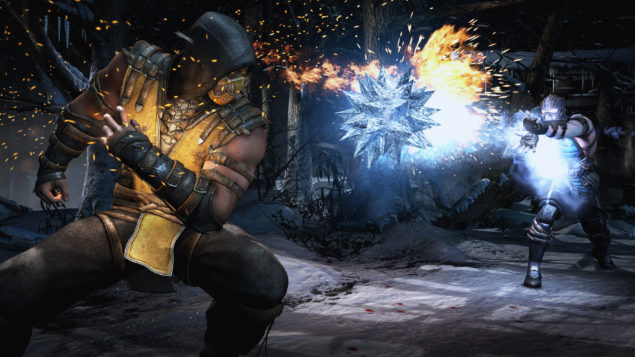 Previously, Wccftech covered a news where the entire roster of the game was revealed by a gamefaqs user. So far the list has been accurate in predicting the character Jung Jin (Bowman) and now Johnny Cage joins the list of confirmed characters aswell, again as predicted. Rumors involve the confirmation of the character "Kenshi" which is also on the list. So, up until now, the list proves itself to be from a good source as it confirmed two characters on the list and one which is a strong rumor already has it's name on there.

The release was made through Adam Urbano who is a senior producer at NetherRealm Studios. Urbano confirmed the character in a video interview with Game Crate (Using a link which was later taken down). He also suggested that Kenshi will also be featuring in the game:

"You'll get to play as Johnny Cage, but we're also showing Cassie Cage, who is the daughter of Sonya and Johnny," Urbano said in the interview, according to IGN. "You'll get a chance to see Kenshi and a chance to see a couple more."

In case you're wondering which of the other characters will be there according to the list reported earlier, here you go:

If you want to read more on the List that we covered earlier, you can click here and see it for yourselves. I think the list has already proven enough for us to know that it came from a somewhat authentic source so it can be relied upon. Lets cross our fingers then and wait for the rest to be revealed officially.