Powercolor upcoming HD 5770 has been detailed. The card will be equipped with the Vortex cooler which looks the same as the PCS+ cooler on and also gives similar cooling performance.

Powercolor also has plans to release a few other cards with the same cooler,  The card is based on a similar heatsink like the PCS+ cooler which occupied three slots. There's also a chance that the card will end up with a factory overclock and even if that doest happens the cooling is enough to crank up the clocks.

The GPU is said to be available pretty soon and will have a price tag similar to a PCS+ branded card. You can check out the picture's below: 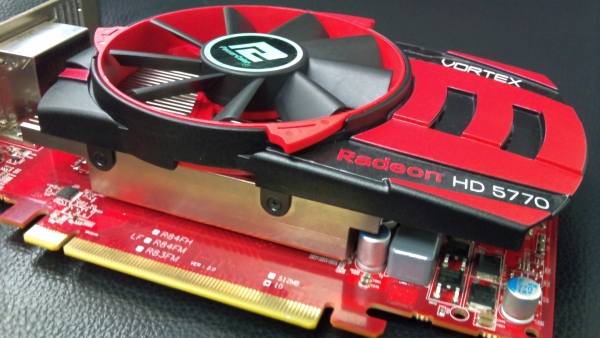 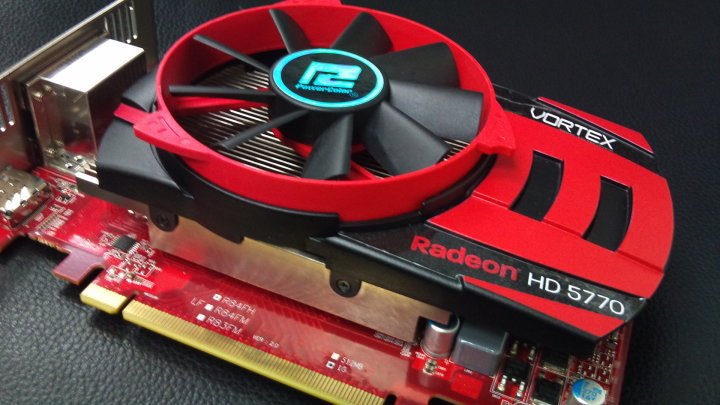