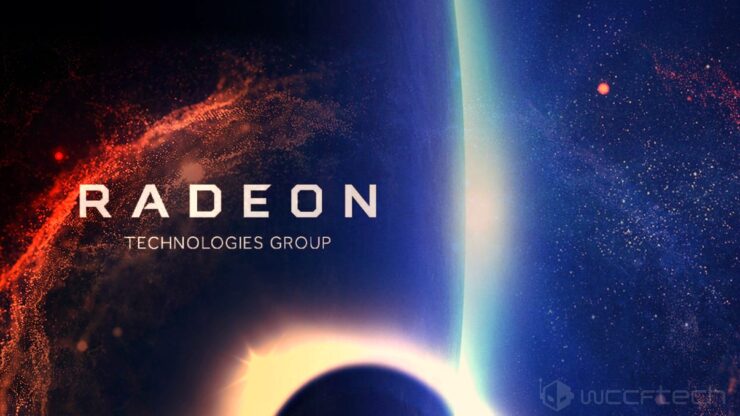 AMD's upcoming and brand new GPUs have finally passed RRA certification indicating a milestone completed in their race to hit the shelves. The GPUs in question appear to be the Vega 10 device as well as the Polaris 12 GPU. Which Radeon graphics cards these GPUs will eventually correspond to is anyone's guess but we can safely expect at least one of these to power the upcoming RX 490 flagship (or whatever it ends up being called).

The RX 490 will be AMD’s 4K ready flagship that will be taking on the GTX 1080 at a (probably) similar price point. It is going to be the crown jewel in AMD’s RX lineup. The existing Polaris based lineup currently maxes out at the Polaris 10 based RX 480 – which is roughly equivalent to the GTX 1060 in terms of graphical performance. According to AMD, Polaris 10 is the largest 14nm FinFET GPU available right now and that raises interesting questions what we can expect from the RX 490.

Here are the things we know for sure, thanks to previous leaks and AMD's own documents:

As our readers are well aware by now, there are exactly two sources of consistent and authentic information on upcoming graphics cards: the Zauba shipping database and the RRA certification notifications. All chips that are designed by TSMC or GloFo need to get certification by the RRA to make sure the chip passes all regulatory standards.

The RX 490 will target the 4K resolution. Image for illustrative purposes only.

RRA is South Korea’s National Radio Research Agency and any silicon based electronics must receive their stamp of approval before it’s allowed to be a consumer product. The certification also marks the final stages of the design of a particular GPU (no changes can be made after this certification is received). Fortunately for us, RRA tweets about every major chip that passes certification and from this we can usually get a fairly accurate idea of where a particular GPU is in its lifecycle.

Immediately after getting the internal codenames from Zauba, we did a basic lookup at Zauba but as of yet, they have not appeared (in cleartext) along with the various other identifying information. AMD uses a predictable nomenclature while naming its test boards. All of these boards start with the letter C (which probably stands for consumer) followed by five numbers. The first digit after C almost certainly denotes the generation of the graphics card. The second digit apparently represents the relative rank of the chip in the same lineup. The numbers that follow are much harder to guess at externally and can depict any specification whatsoever. Since the numbering follows a very obvious trend however, its not that hard to figure out how AMD builds the lineup. Before we go any further, take a look below.

By the same logic, Polaris (and other GCN 4.0) boards should have the C9XXXX nomenclature, and this is something we have already seen before. The Baffin XT GPU listed on Zauba had the C98101 code name, which is clearly a Polaris die. Apart from that we spotted a total of two more variants on Zauba which are probably also Polaris GPUs. Keep in mind that the INR value given to these dies is just the insurance value (and does not depict the expected MSRP of the same).