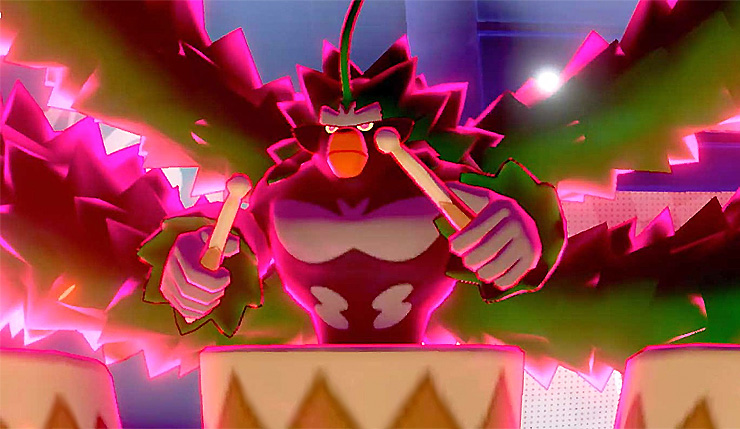 The release of Pokemon Sword and Shield was unusually controversial for the usual predictable series. While you can only catch a select number of critters in each new Pokemon RPG, there have always been ways to import your past favorites into the latest game once you’d finished the main campaign. That’s no longer the case with Sword and Shield, with a large number of critters being cut. Well, thankfully some of those cut Pokemon are returning after all…for a price.

During a new Pokemon Direct, it was announced that Pokemon Sword and Shield is getting two expansions, which will add two new areas and over 200 captureable creatures. If you’ve got around 20 minutes to spare, you can check out the full Pokemon Direct, below.

Here’s the official description for The Isle of Armor and The Crown Tundra expansions:

Trainers will be able to jump right into their new adventures with the same save data they have been using to play Pokémon Sword or Pokémon Shield. They will also be able to begin exploring the Isle of Armor and the Crown Tundra at almost any point in the main games. Whether a Trainer has just recently started their adventure in the Galar region or is well along the path to becoming Champion, they will be able to enjoy the new content as soon as it’s released.

The Isle of Armor

In this expansion, Trainers will head to the Isle of Armor, the stage of a new adventure in the Galar region. The Isle of Armor is a giant island full of environments not seen in Galar before. There players will find wave-swept beaches, forests, bogs, caves, and sand dunes. There are also plenty of Pokémon that make this island their home, living freely amid the lush natural surroundings. There’s even a dojo here that specializes in some very particular training styles. Trainers and their Pokémon will take up an apprenticeship under the master of this dojo and train hard to become even stronger.

This expansion is set in the snow-swept realm of the Crown Tundra. The Crown Tundra features a beautiful shining, silvery landscape. In this frigid area, with its jagged winter mountains, people live in small communities where they support and rely on one another. A certain person will appoint the player as the leader of their exploration team in the Crown Tundra, where Trainers will be tasked with investigating the reaches of this frozen land. Here, Trainers will be able to explore the full depth of Pokémon Dens, which they’ve so far only been able to glimpse in Max Raid Battles.

The two expansions will be available via the $30 Pokemon Sword and Shield Expansion Pass. The expansions will launch alongside free updates, which will allow everyone to acquire and play with the 200-plus added Pokemon by importing or trading. In related news, an updated version of the Pokemon Home cloud storage system will be launching in February. 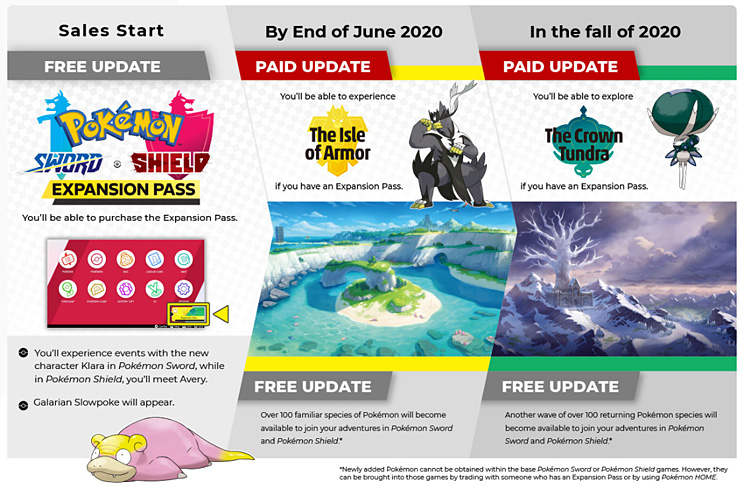 Pokemon Sword and Shield is available now on Nintendo Switch. The Isle of Armor expansion drops in June 2020 and The Crown Tundra will arrive holiday 2020. What do you think? Excited for the new expansions, or is holding back Pokemon as paid DLC kind of sketchy?