Pokémon: Let’s Go Gets a New Trailer and an Adorable (and Pricey) Switch Bundle 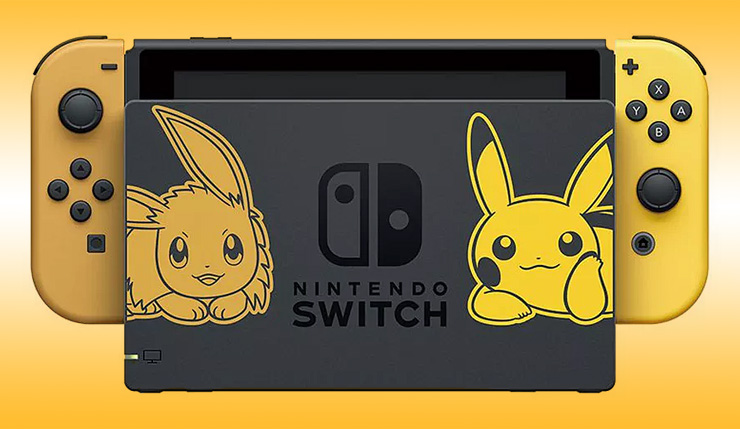 Pokémon: Let’s Go Pikachu and Let’s Go Eevee are almost guaranteed to be two of the biggest  Nintendo Switch titles of the year, so it comes as no surprise that Nintendo is coming out with a new hardware bundle for the games. The package includes a special-edition Nintendo Switch, a cute-critter-covered dock, attractive tan and yellow Joy-Cons, a Poké Ball Plus controller, and a pre-installed copy of either Pokémon: Let’s Go Pikachu or Let’s Go Eevee. Check out a few beauty shots of the new system, below.

Very nice! Ah, but there is a caveat – the Pokémon: Let’s Go bundle will set you back a rather-hefty $400. Pokémon: Let’s Go and the Poké Ball Plus cost $100 on their own, so, in other words, you’re not getting any kind of deal with this bundle. But still, that new Switch sure is pretty.

We also have a new Pokémon: Let’s Go trailer, which showcases some of the game’s new features, including special partner powers for Pikachu and Eevee…

The player’s partner Pikachu or Eevee can use exclusive partner powers. These exclusive moves will help players face any challenge during their adventures in Pokémon: Let’s Go, Pikachu! and Pokémon: Let’s Go, Eevee! Once the player’s relationship with their partner reaches a certain level, the partner Pokémon will occasionally send a sign during battle that its partner power can be used. Even if the partner Pokémon is not in the battle, it may still send a sign.

Two of Pikachu’s exclusive moves are Pika Papow and Splishy Splash. The power of Pika Papow can increase depending on how strong the player’s bond is with their partner Pikachu. The Water-type move Splishy Splash can paralyze opponents.

Eevee’s exclusive moves include the partner power Veevee Volley as well as Bouncy Bubble, Buzzy Buzz, and Sizzly Slide. When Eevee uses Veevee Volley, its power can increase depending on Eevee’s relationship with the player. Bouncy Bubble, a Water-type move, will heal Eevee for half the damage dealt to the opponent. The Electric-type move Buzzy Buzz paralyzes the opponent.

I got a chance to go hands-on with Pokémon: Let’s Go at E3, and came away with somewhat mixed feelings. The games are certainly charming, but the simplified mechanics and new Poke Ball Plus controller might not be for everyone. Check out my full thoughts, right here.