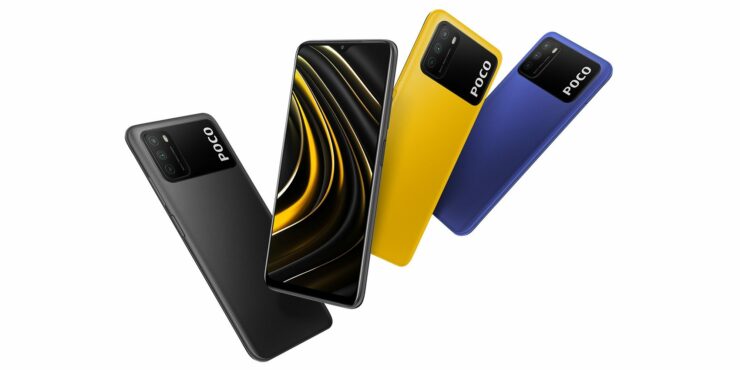 In the world of iPhones 12s and Galaxy Note 20 Ultras, the budget smartphone market still exist, and while it might not be as big as it used to be, there are enough options to keep you entertained. Continuing the trend, Xiaomi has announced the Poco M3, their most affordable Android-powered smartphone.

Now, if you are wondering that the phone looks a lot similar to the Redmi Note 10 4G, you will not be the only one here, but that is not a bad thing at all. The phone looks good, albeit the heavy branding might put some people off, but at least you are getting a new color, and not just that, a decent Android experience.

Poco M3 is Now Official for Just $149, Making it a Lot of Phones for a Small Price.

The Poco M3 offers a 6.53-inch display with an FHD+ resolution, it has a dewdrop notch on the top and comes with a Snapdragon 662 chipset with 4GB RAM. The biggest bonus here, however, is the massive 6,000 mAh battery, which combined with a low powered chip should deliver insane battery life. You can top the battery up with an 18-watt fast charging speed through USB-C. Considering how big the battery is, you can actually purchase a separate cable and use the phone as a power bank, a feature I can see many people using.

Want more? You are also getting a side-mounted fingerprint sensor, a headphone jack, and micro-SD expansion up to 512GB. The phone is available in both 64 and 128GB of internal storage by default.

The Poco M3 ships with MIUI 12, which is Android 10 based. Sadly, at the time of writing, we don't have any official word on Android 11 or whether Android 12 will ever become available on this device.

As far as the pricing and availability are concerned, the Poco M3 will start for a very attractive $149 for the 4/64GB option and $169 for the 4/128GB option. It is going to be available in blue, yellow, and black.