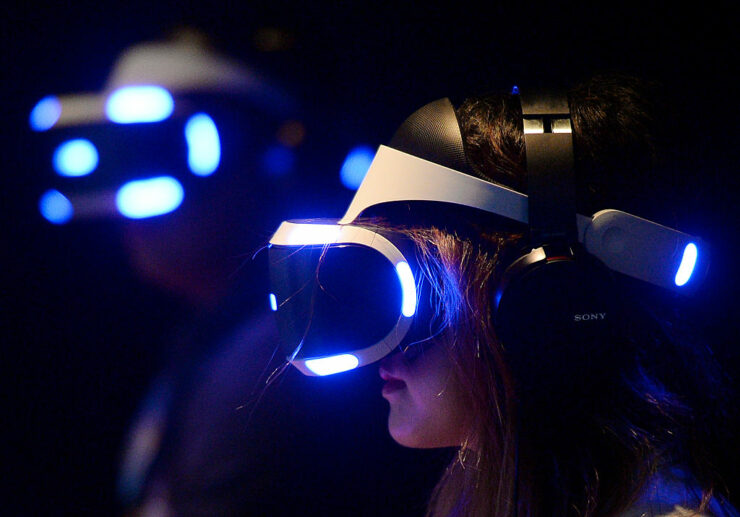 Sony released the official PlayStation VR requirements. While most of them aren't surprising, it is confirmed that customers will need a significant amount of space (about sixty square feet) to use it.

To clarify what kind of area you'll need for PlayStation VR, here's an excerpt from a brochure and a picture below.

Limit your use of PS VR to within the Play Area. Clear an area larger than the Play Area of all obstacles before using PS VR and remain seated whenever possible. If the application requires you to stand while wearing the VR headset, follow the application instructions carefully, and maintain awareness of your surroundings.

This is one of the main reasons Take-Two CEO Strauss Zelnick thinks Virtual Reality will have troubles getting into houses, since not everyone can dedicate this much space. As for the actual requirements, you'll need a PlayStation 4 and a PlayStation Camera (as we pointed out some time ago) to use PlayStation VR.

Some PS VR games will require a PlayStation Move controller, while the rest will be playable with the regular DualShock 4 controller. Furthermore, Sony confirmed that it's completely possible to wear the device over glasses.

As you may know already, PS VR will display a 2D image on the TV so that friends and family around you can still watch the same content. This is called Social Screen and it has two modes: Mirroring mode allows the TV to output the same image as the VR headset, while Separate mode allows the player wearing the headset to enjoy co-op/versus gameplay with players watching the TV.

Playing VR games isn't the only way to enjoy the device, anyway. With Cinematic Mode, content like 2D movies and games looks like it's on a giant virtual screen; PlayStation VR can also be used to enjoy 360-degree photos and videos taken by devices such as an omnidirectional camera. One disclaimer is that Sony advises against allowing kids under the age of 12 to use the headset.

PlayStation VR is due to launch on October 13 worldwide, priced at $399 (though that doesn't include the required camera). It features an 5.7 inch OLED panel with an RGB sub-pixel matrix resolution of 1080p (960 × 1080 × RGB per eye); there are actually three subpixels per pixel, unlike other VR displays, so it's true RGB.

Did Half-Life: Alyx Bump Your Interest in Getting a VR Headset?