Speculation about this phone has been rife on the interwebs for the past week or so, but below is a quote by Sony's chief financial officer Masaru Kato, who is quoted as saying (via an interpreter):

“As for the new PSP product, as mentioned, I know that you are not asking me to tell you when we will be coming out with a new product, but there is a gaming market based on [the] cellphones, and there are many changes that are being seen [with] Nintendo, as well as ourselves, in the field of the product for the gamers. And there are smartphones and others or even cellphones gaming markets are very popular here in Japan. So the market itself is very... expanding.” 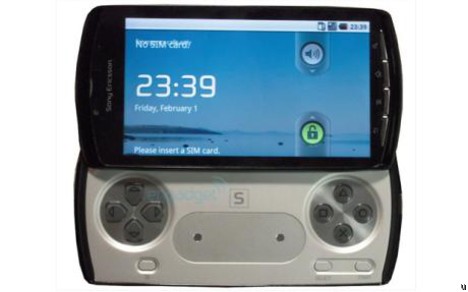 That about confirms everyone's suspicions that the phone is real, ready and waiting to hit the market. We see this as something that has been a long time coming, since iOS and now WP7 are shaping up to be the dominant gaming platforms in mobile phones. It'll be interesting to see how the final product stacks up against other monoliths in terms of processing power, graphics capability as well as user friendliness and access to market apps.