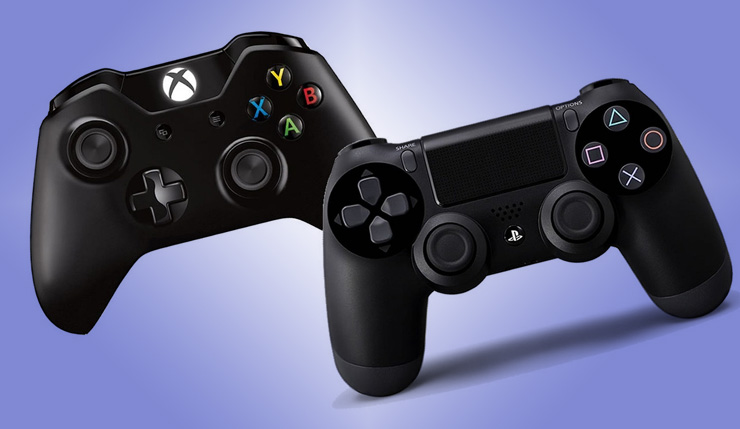 Major publishers are subscription crazy. A number companies, like Microsoft (Xbox Game Pass) and Sony (PlayStation Now) have already launched subscription services, and others, like Square Enix, plan to follow suit soon. But why exactly? Letting gamers play a $60 game for a $10 to $20 monthly fee doesn’t seem like a great deal for publishers. Shouldn’t subscriptions be losing them money?

Nope! According to a new report from digital video game sales tracker SuperData, folks who pay for subscriptions end up spending 45 more on games than people who buy them traditionally. Subscribers also spend roughly twice as much on cosmetics, season  passes, and other in-game purchases as non-subscribers. In other words, once you take away that $60 entry fee, people tend to be more willing to drop a few bucks on extras, and it’s those extras that publishers really care about in 2018.

“The game subscription market heated up immensely in 2018 as game makers sought sources of consistent, recurring revenue. To increase the appeal of their own subscription offerings, publishers are now offering brand-new titles to paying members.”

SuperData also provided an interesting breakdown of which subscription gaming services are most popular. Surprisingly, the much-hyped Xbox Game Pass is in a somewhat-distant third place with 15 percent of the market, while the barely-promoted PlayStation Now is in first place with 52 percent. Meanwhile, EA’s various subscription services take up 33 percent of the pie. 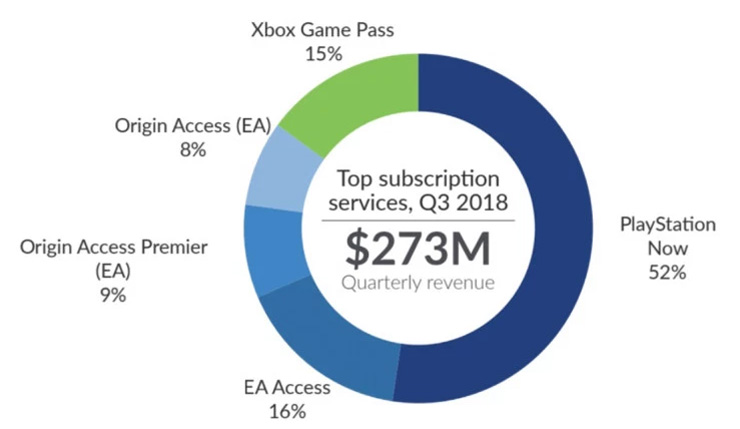 Overall, subscription services still only account for around 6 percent of total gaming revenue, but you can expect that number to grow exponentially.

What are your thoughts on the whole subscription thing? Have you tried any of the services out? Did you find them to be a good deal? Or do you always prefer to buy games the old-fashioned way?