PlayStation Music; Sony Has a New Music Service on PS4

Unfortunately the Sony Music Unlimited wasn't exactly the most popular of services on the PlayStation platform. In fact, it's no longer offered as Sony realized their blunder. But that doesn't mean that people don't listen to music on their consoles. Sony hears you; Enter the Spotify powered music streaming service PlayStation Music. 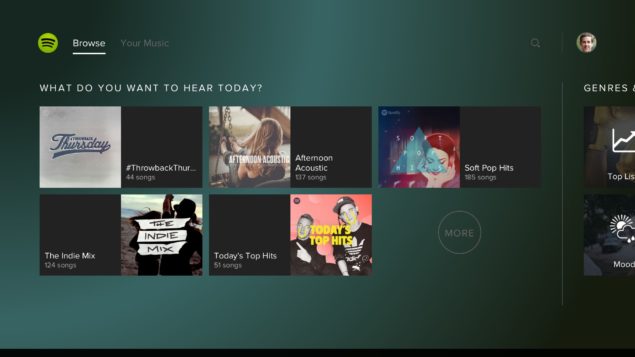 Sony brings music back to the PlayStation with their Spotify powered PlayStation Music app. No subscription required.

Spotify is a well known app in the music sphere, they have a large and diverse selection of music on offer with a vivid fan-base. It was natural, then, to partner with such a service to create the perfect music application for their PlayStation ecosystem.

Fortunately the new PlayStation Music app doesn't require a paid subscription to use, though having one ultimately gets rid of pesky ads. You can stream all the songs you like from the Spotify library and even use the Spotify Connect app as a remote control. Something else that's pretty neat is the ability to have the app running in the background so you can have your favorite tunes motivating you as you race through inFamous or any other game.

I love music and appreciate the effect it can have on the human mind. It can be a powerful force for many different reasons, and I enjoy background music while performing various tasks, working out and even while in game. Sometimes the in-game soundtrack is enough, but don't you want to be your own DJ whilst enjoying the scenery of a beautiful game?

Anyway, below are the steps to get it up and running, straight from the Sony PlayStation Music micro site. It's available on the PS3, PS4 and PS Vita.