PlayStation Days of Play is Live – Great deals on Exclusives, VR and more

So PlayStation Days of Play, the annual celebration that takes place around E3, is finally here. Much like last year, this year will see Sony and its partners offering huge deals on everything from first party exclusives, third-party games, consoles, VR and more. If there's any time to start splashing the cash and picking up those older titles, and some newer ones, this is it.

Do remember that a large number of these deals can be found at external retailers, such as Amazon.

As for the deals you can get here, you're going to find yourself pleasantly surprised. While I don't have enough time in the month to start listing them all off, the US PlayStation Blog has kindly made a table covering every game. The EU PlayStation Blog has been somewhat lazier, just listing and linking the games.

PlayStation Days of Play - The Games

What we do know is that when it comes to games, you can expect to see a few strong discounts, as well as discounts on relatively high-profile titles. Here are a few we do know are getting released and what they'll cost in USD - there will be an equivalent discount in both GBP and Euro, but I'm just not listing them.

Naturally, if you don't already own a PlayStation console and you've been thinking about picking one up, there are a few decent options for you, from the limited edition Days of Play console, a picture of which will be posted below, to more formidable hardware in the form of a PS4 Pro. You could find yourself with Days of Play PlayStation 4 Slim, 1TB, for $299.99 or a Jet Black PlayStation 4 Pro, 1TB, for $349.99. 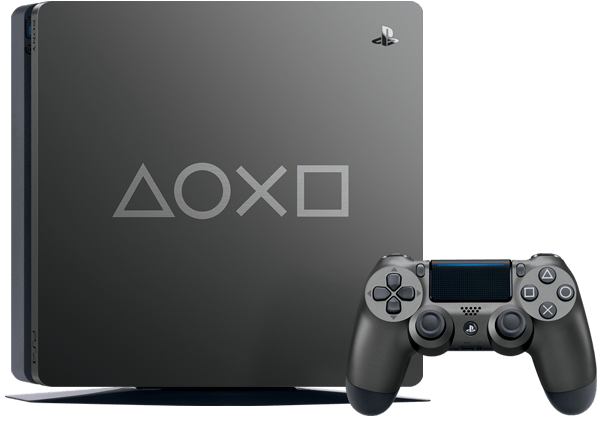 Maybe you've already got a console and were waiting for that time to jump into PSVR, Sony naturally have you covered, starting PSVR bundles at $249.99. Need a spare controller, the DualShock 4 range of wireless controllers start at $39.99 during the Days of Play event.

Maybe you also fancy a bit of merchandise to go with your new games, or maybe even console or VR. The PlayStation Gear store has you covered here, though I will honestly say there isn't a great deal to draw me in here. Each to their own.

What I will be buying during the sale is Days Gone, that much I know because I wanted to play it anyway, but our very own Alessio was the one to review it. If I were to recommend something, I'd say you should take the plunge for Metro Exodus if you haven't yet played the game, I loved it when I reviewed it, and despite my general dislike of all things Activision, the Spyro and Crash Trilogies Bundle looks like a fantastic deal.