Fans have been ravenous for new PlayStation 5 information, but unlike their competitors, Sony has been keeping fans on a strict diet of bread and water. A dry PowerPoint about the PS5’s architecture and an out-of-nowhere reveal of the system’s DualSense controller is all we’ve got so far, but thankfully, the drought just ended. Today during their “The Future of Gaming” event, Sony finally provided a first real look at the PlayStation 5. Here’s what the console looks like. 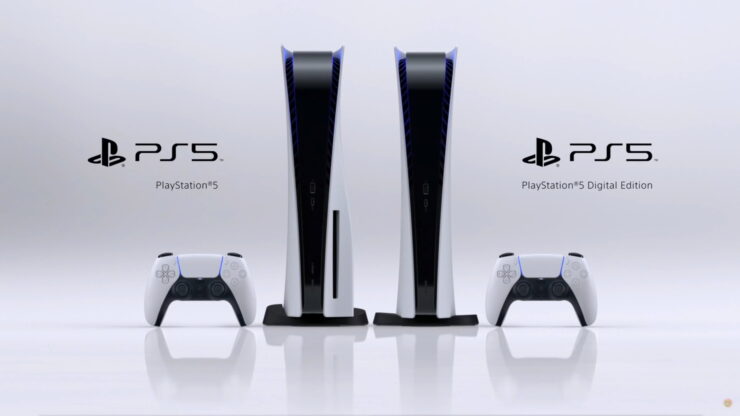 Want to get a better look? Of course you do! Check out the full trailer, below.

As you've likely already noted, Sony will be offering a pair of PS5 models at launch, one with a traditional disc drive and a "Digital Edition" without one. It's pretty clear the Digital Edition is meant to be the standard model, as the version with the disc drive has a rather unattractive lump on the side. Sony hasn't revealed too many new details about the hardware -- here's all they've had to say:

At launch, we will offer two options: a PlayStation 5 console with an Ultra HD Blu-ray disc drive and a PlayStation 5 Digital Edition without a disc drive. The PS5 gameplay experience will be the same, so the choice is all yours. While there are some slight differences in the look of each model, for the overall design, we wanted to deliver a console that’s bold, stunning, and unlike any previous generation of PlayStation.

I'd say they've definitely delivered something stylish and on par with the PS3 and PS4's unique designs. Now, which version to buy? The ability to play Ultra HD Blu-rays is somewhat enticing, but I think I may prefer the more sleek look of the Digital Edition.

The PlayStation 5 launches worldwide later this year. So, What do you think? Excited to play some games on Sony’s next big thing? Which model do you want?