PlayStation 5 Allows Godfall to Play Like No Other Game; Mechanics Influenced by Monster Hunter, Dark Souls 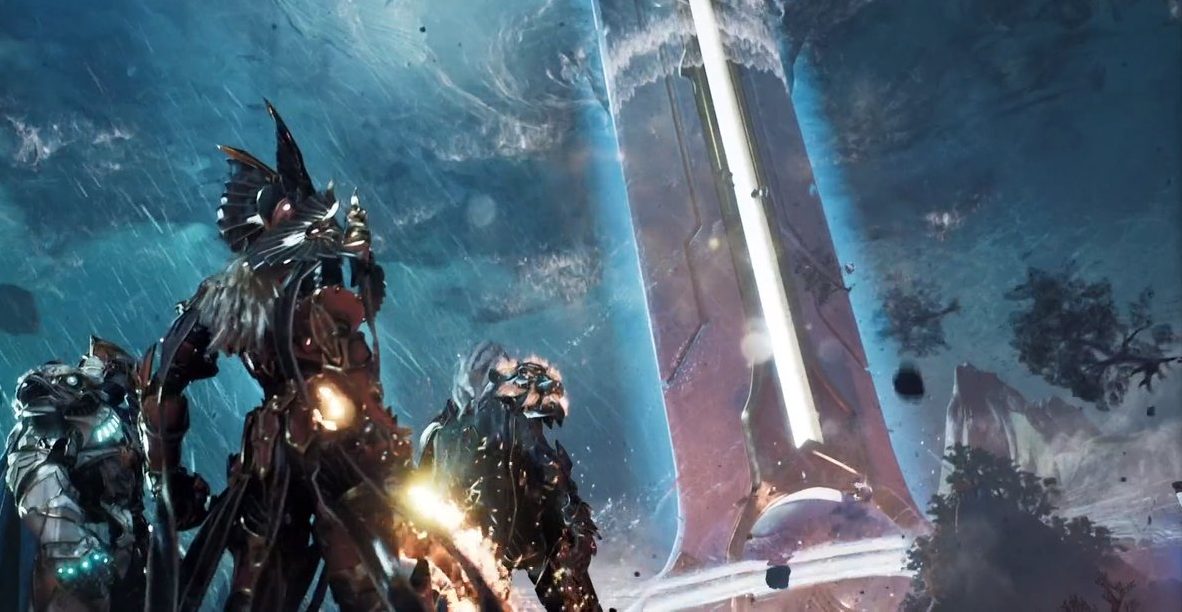 Counterplay Games' Godfall is one of the first games that have been announced for PlayStation 5, and it seems like the console will allow the game to play like no other game currently in the market.

In the latest issue of the Official PlayStation Magazine UK,  as reported on the ResetERA forums by member bob100, it has been confirmed that Godfall will be a PlayStation 5 console exclusive, and it has been reiterated that it will not release on PlayStation 4. The game will be tailored to run on the console, and its CPU and GPU will make the game feel and play like no other.

Some new gameplay details have also been revealed. Apparently, the upcoming PlayStation 5 console exclusive's mechanics have been inspired by Monster Hunter World, and the combat will have some elements inspired by the Dark Souls series. Drop-in and drop-out gameplay has also been influenced by Destiny.

More details have also been revealed, which you can find summarized below.

- The game rewards agressive play. Skill based combar based on timing in order to hit max damage

- Start of the game you set a classed based on type of armour = 3 sets to pick from. A lot of cutomisation to unlock as you progress

- Bosses designed to repel multiple people at once ie. in co-op bosses can take both of you out

Godfall has been announced during last year's The Game Awards for PlayStation 5 and PC. Following the reveal, creative director Keith Lee talked about the Dual Shock 5 adaptive triggers and how the game will take advantage of them.

Godfall will be released on PlayStation 5 as well as on PC through the Epic Games Store later this year. We will keep you updated on the game as soon as more come in on it, so stay tuned for all the latest news.