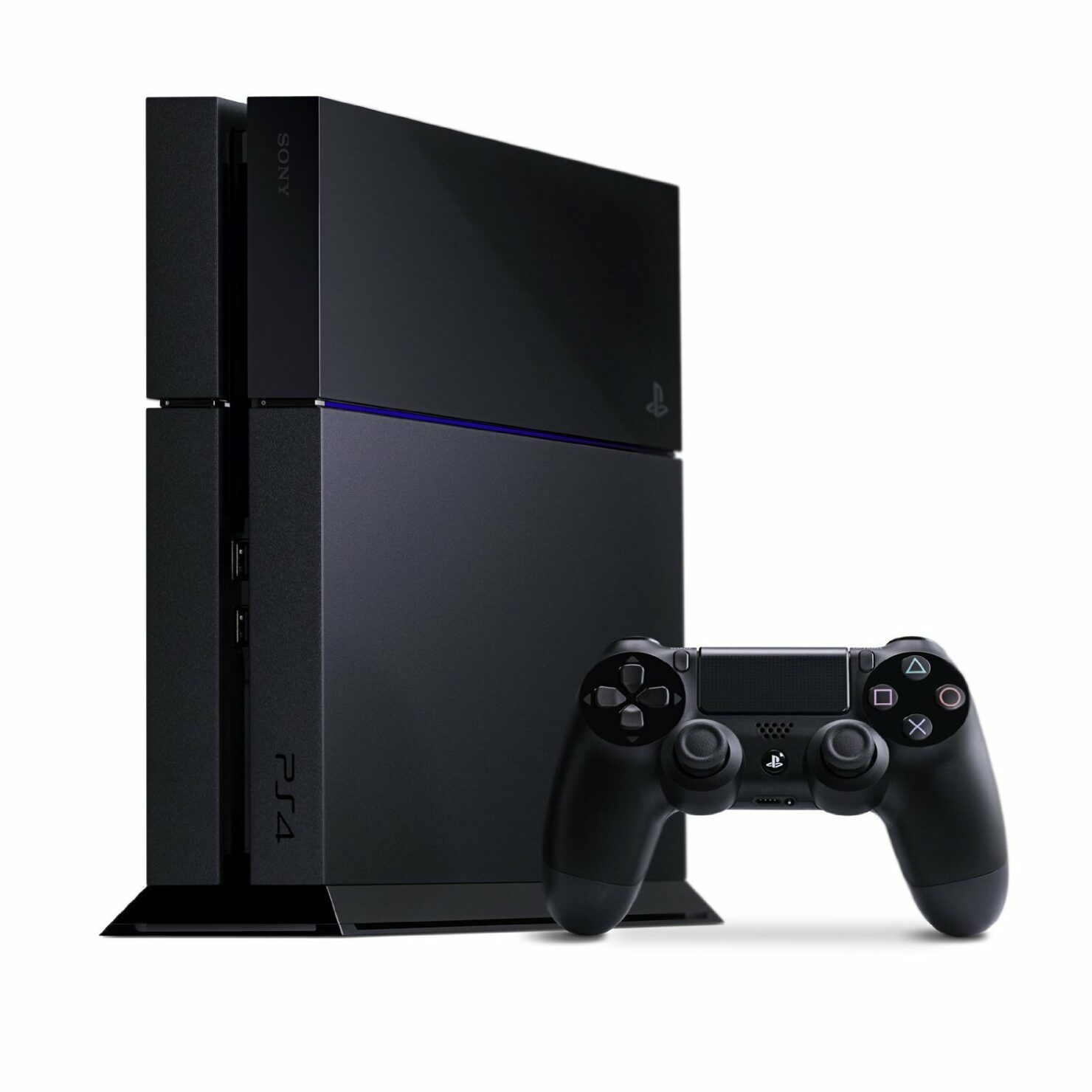 Sony Corporation has announced the financial results for the first quarter of the current fiscal year, namely the period from April 1 to June 30, 2017. As you can see from the pictures you will find at the end of the news, the company's revenue and profits are both firmly positive and show a substantial increase in the annual prospect.

The press release, which accompanied the publication of this data, provided some very interesting details, coming in specifically with regard to the performance of the entire company during the first three months of the fiscal year. The company also wanted to update the information on PlayStation 4 shipments.

In that sense, the company says it has distributed 3.3 million PlayStation 4 consoles in the last quarter, by June 30, meaning that 63.3 million units have been distributed around the world since the November 2013 launch. During the reported period, sales grew 5.4% to 348.1 billion yen, but growth was largely due to the success of the PlayStation 4, PlayStation VR and software sales for the two platforms.

The decline in earnings happened due to the price cut on hardware and the negative impact of the exchange rate between yen and dollar.

Sony also provided a detailed analysis of the results of the Game & Network Services segment, which includes PlayStation and the PlayStation Network. The gains in this industry are well-developed thanks to sales of PS4 software, including digital versions, and thanks to the support provided by the PlayStation VR, which has benefited from recent discounts on the console price. As for the revenue, they marked a sharp drop due to the lack of the launch of important first party titles during this period.

For the current fiscal year, the company plans to distribute 18 million units of PlayStation 4 and PlayStation 4 Pro, with the goal of reaching 78 million consoles distributed on March 31, 2018. 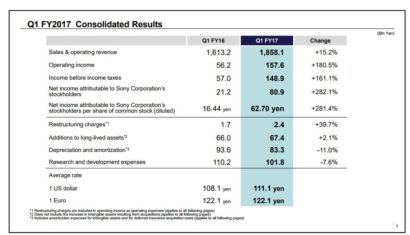 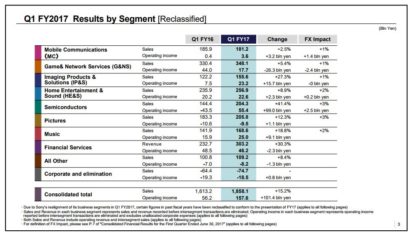 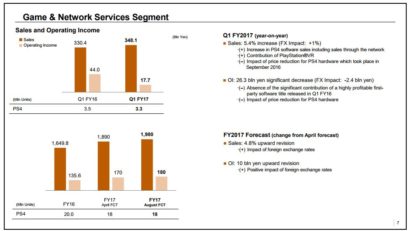 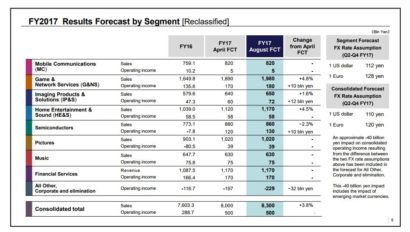