Sony has more to offer in firmware updates than just security updates, they often bring other neat features with them which really make owning a PS3 worth while an example of these features is Auto Download and Cloud Storage for save games but the deal is about to get even better as Sony is bringing the Auto Syncing of trophies, automatic upload of Save files to the cloud server, but of course like the previous services introduced this is only a PlayStation Plus exclusive deal. You can also download the official Firmware inside the news. 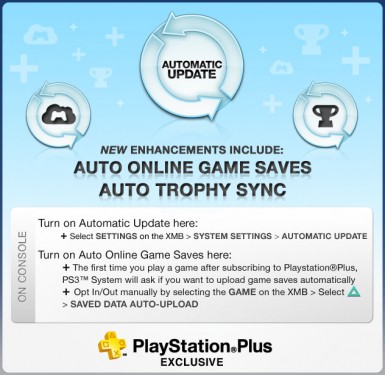 3.70 will come packing with some really great features for those you who want easy navigation of their PS3's, you will no longer have to sync your trophies or saves to the cloud server because 3.70 will do that for you but of course this update isn't open to everyone and is ONLY available to the PlayStation Plus Subscribers free of cost, but considering how well worth PlayStation Plus subscription is I would say that these are some great features to an already great service.

And to make things better Sony is giving a separate XMB slot to video / TV Streaming services called " TV / Video Services" Where your HULU Plus / Netflix and  VUDU will go to now. This is of course free to all PS3 users as the 3 video streaming services are all open to the public too

Here is  a working link to 3.70 straight from Sony's site and don't worry even though it's a EU site the Firmware file works on PS3's / PSN of all regions. This is for those of you who want to skip the slow download of PSN Update. and to install the file just follow the simple instructions below:

Here are the complete features of the Firmware upgrade: 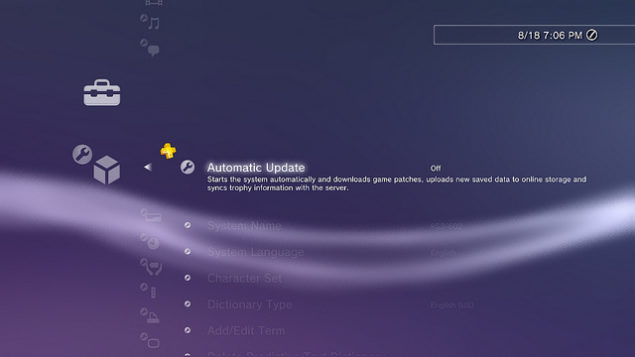 Two updates for all of you enjoying Blu-ray 3D movies on PS3: