According to a report by Slashgear, the UK’s equivalent of the Department of Motor Vehicles (DMV), the Driver and Vehicle Licensing Agency (DVLA) is planning something new. The DVL has been planning to design digital driving licenses which can be easily stored in the Apple Wallet. The is one thing that will give people less dependency on keeping their original licenses with them all the time and less dependency on wallets in general (not the Apple wallet though). 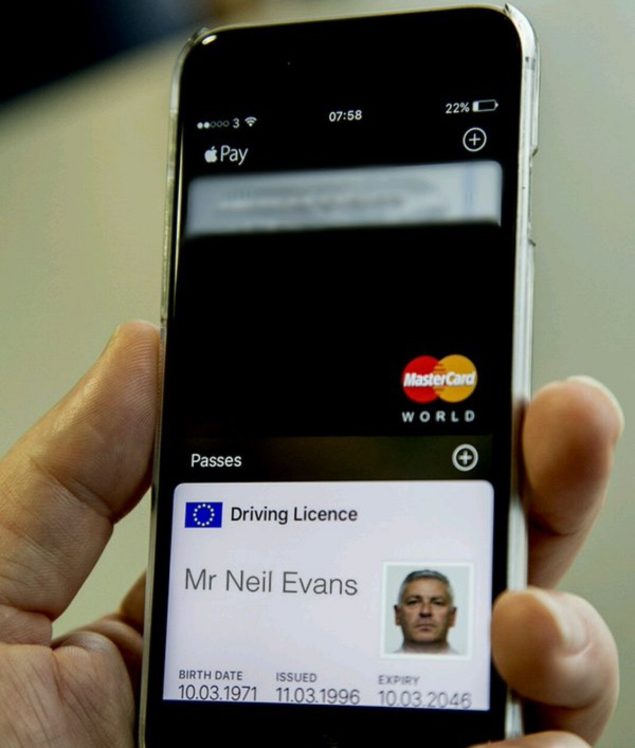 The CEO of Driver and Vehicle Licensing Agency (DVLA) Oliver Morley tweeted an image showing what these digital driving licenses would look like. It had the caption of "So here's a little prototype of something we're working on #drivinglicense." In the image shown in the tweet by the CEO, the Wallet app (on iOS) was exhibited with a hypothetical copy of UK driving license to give the users an idea how it will really look like.

Generally the Apple Wallet is associated with the Apple pay which has the capacity to store other cards like membership cards, credit cards, and tickets etc. Due to Apple Wallet the driver can save the information on the driving license in his phone. No timeline is available stating when digital license in UK will go live. On twitter, another post by Oliver Morley clarified that the DVLA is not doing away with the previous and old, credit card-sized licenses. The version of digital license is basically "an add-on". Nothing was mentioned related to the drivers of US as to when they are going to have a digital license.

According to Morley, this newly added feature in UK licensing is just a concept for now and will not be replacing the driving license anytime soon. One big reason is security which is the most highlighted concern behind this move, by the UK government.