PlanetSide 2 Set to Arrive on the PS4 June 23rd

Multiplayer FPS don’t quite exist on consoles that have quite the massive scale that PlanetSide 2 does, but those on the PS4 will soon be able to wage warfare on a grand scale at the end of the month. 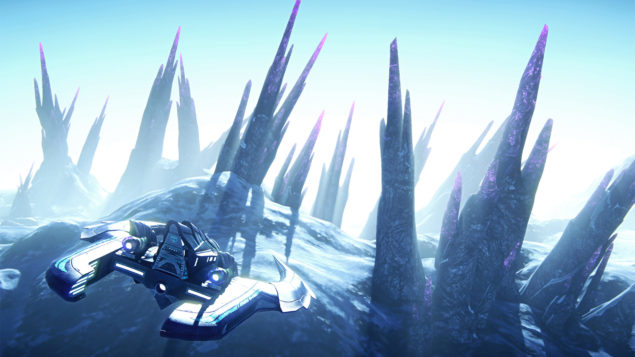 PlanetSide 2 will be making planetfall on the PS4 on June 23rd 2015 for free and with a PS4 exclusive map, Koltyr.

Daybreak Game Company today announced that they’re finally ready to let loose the dogs of war in their formative MMOFPS, PlanetSide 2. And you’ll be able to do so absolutely free, though they offer a $14.99 per month subscription that offers increased experience, more certs and higher resource games. With the subscription you’ll also get a marketplace discount and a monthly drop of their in-game currency as well as access to a monthly double XP event.

The game also supports micro-transactions for non-subscribers as well. Money can be used to buy boosted experience packs and of course equipment for unlocked weapons. Thankfully, purchasable weapons and equipment don’t differ tremendously from those that are unlocked simply for playing, making it not a pay-to-win system.

PlanetSide 2 was originally a PC only release, having debuted back in November of 2012 and evolving considerably since then. The PS4 version was originally planned to be released alongside the PS4, though development of the port wasn’t quite ready on time. A closed beta for the PS4 started up in December 2014 which has finally culminated in the release at the end of the month.

Having participated in the beta for the PC back in 2012, I’ve thoroughly enjoyed the magnitude of the battles in the game. It’s difficult to truly appreciate them by only watching, and performance during those grand engagements can actually be pretty good. It’s much different from Battlefield or Call of Duty or any other franchise and offers a great FPS experience. You might have thought that a 64 player map in Battlefield 4 was large? Not even close to the size of the continents featured in PlanetSide 2. The ways to organize a conflict are many, and you can take small teams to sabotage other forgotten capture points. That and PlanetSide 2 currently holds the Guinness World Record for the most players simultaneously in the same instance at the same battle all at the same time in an MMOFPS, 1,158 players. It’s truly a unique experience.

If you’ve never taken the plunge, well it’s free so what’re you waiting for? Get in on the action on the PC and join me and many others on the PS4 on June 23rd.