Unfortunately the PS4 launch for PlanetSide 2 hasn't exactly gone as smoothly as expected. Having launched yesterday worldwide, the European servers are experiencing severe issues where players have been unable to even log-in at all. 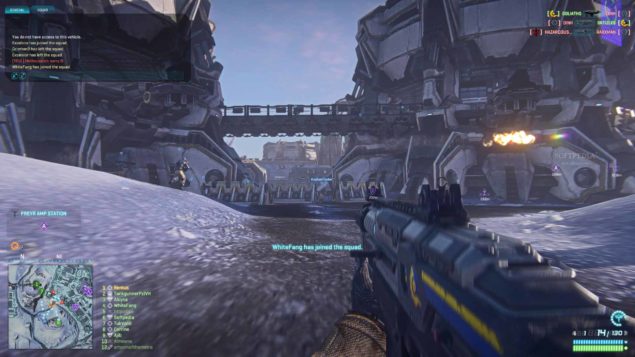 PlanetSide 2 server issues might be a sign of success, with more than usual traffic bringing their servers to a grinding halt in Europe.

Daybreak Games is hard at work looking to fix the issues that have been plaguing the PlanetSide 2 European servers since launch yesterday. The servers have been taken completely offline to fix the issue after it was found that most players were having trouble connecting at all. North American servers are doing fine, however, though there might be connection problems and perhaps smaller issues, though no widespread server outages.

We are continuing to work on an issue with the EU servers. We really appreciate everyone's patience.

PlanetSide 2 is a large and open MMOFPS with a moderate player-base on the PC with servers that are more than capable of handling the processing load. Daybreak Games probably wasn't expecting quite the surge in activity as they've received which has overwhelmed the servers. Oddly, this might even be a sign of a successful launch, though certainly not an effect that any company would ever want to have to deal with.

Previously there was an issue with purchasing on both servers, though that particular issue has since been resolved.  Thankfully there aren't any game breaking bugs, yet, that have been identified, so once the servers are back up it should be smooth sailing once in.

This isn't the first time that an MMO's servers have been devastated by a surge in players wanting to enjoy the final product. Star Wars Galaxies suffered a similar fate in 2003 when over 300,000 players all wanted to live out their Star Wars fantasy on launch day, bringing their servers to their knees.

So sit back, relax and grab a cup of coffee as they sort everything out and start to bring everything back online. Hopefully it's soon, because I'd love to see what it's like to play such a humongous MMOFPS like PlanetSide 2 on PS4.