The Last Of Us Places Emphasis On Survival Elements

Let's face it, most of the people who are familiar with video games are stoked for The Last Of Us, the upcoming game by Naughty Dog, mostly known for their stellar Uncharted series on the PS3. They're also behind Crash Bandicoot and Jak And Daxter series which were famous in the PSOne/PS2 era. They've earned numerous awards for all three of their Uncharted games who're well known for their graphics and storylines. Naughty Dog now wants to do something different with The Last Of Us which will be more focused on Survival elements whereas all of their other games are lighthearted in comparison. 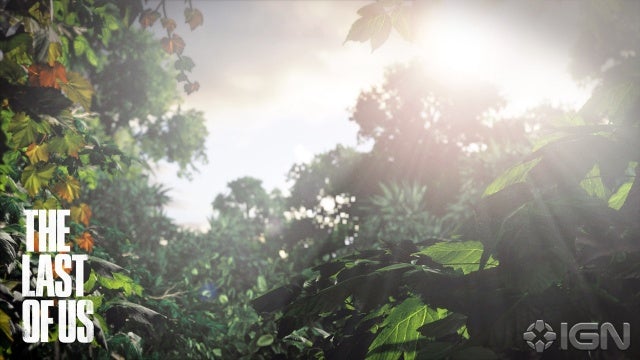 Beautiful it is. Until a deformed humanoid comes clawing at you from behind.

The UK magazine Play has a cover story on The Last Of Us, and has a controversial tagline, "Exclusive behind-the-scenes on the game too big for 360." Yeah, I can almost guarantee that will get people talking.

This time around, Naughty Dog is aiming for more difficult gameplay and to do that, they've turned to a relatively old-school mechanic and they call it, "Persistent Health," which basically means that gone is the regenerative health system of the Uncharted series and it's replaced by the heart-pounding system of medical kits needed to recover from damage. This generation has discarded the manual health restoration for a more user-friendly health regeneration system which makes it relatively easy to evade Game Over, and thus more time playing and less time staring at the loading screen. Of course, this also makes playing older games much more difficult. Not being very helpful is the fact that medical kits will not be available frequently so running and gunning is not advisable.

Say hi to your new nightmare! You know, before it gobbles you up.

Another factor that adds to the survival element is the scarcity of ammunition and the difficulty of taking down one of the monsters pictured above. Play says that, "every bullet counts," and that plowing through a bunch of enemies armed with nothing but a submachine gun is bad news. Players will have to think and plan the attack beforehand and all this coupled with the Persistent Health system makes for a really, really challenging games. Which is fine, considering that high difficulty will mix in well with the environment of the game.

Hopefully, The Last Of Us drops this Fall, although that would be wishful thinking and smart money says that the game will release somewhere in 2013 exclusively on PS3. So far, the released information intrigues us and makes us ask for more but there's one question that remains, Will it surpass Uncharted? Stay tuned as more news is released for The Last Of Us!