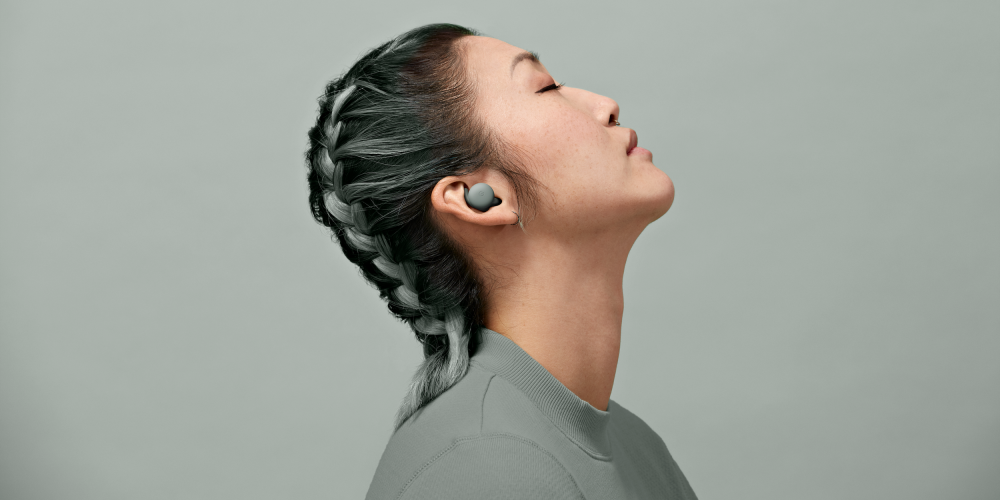 Google has finally unveiled the Pixel Buds A-Series. As the name suggests, Google is now offering a more affordable variant of their truly wireless earbuds that follow the same DNA found in the A series of Google smartphones.

The Pixel Buds A-Series is still a lot similar to the 2nd generation Pixel Buds for those wondering. The design is the same; you are also getting the same domed touch-sensitive surface that can be used for single, double, and triple tap along with long-press for Assistant, with both buds capable of accepting gestures.

However, Google did some cost-cutting, as well. For instance, the Pixel Buds A-Series are no longer able to swipe up for volume control, and you will have to use voice commands to turn the volume up or down or use your phone's volume rocker. This was perhaps the cost-cutting measure for Google. This means that Google has now paid more attention to the Adaptive Sound feature, automatically adjusting the sound based on your current environment. The feature also gets disabled temporarily when making manual adjustments and turns itself back on again after a while. The Pixel Buds A-Series also bring Bass Boost for better lower tones.

The Pixel Buds A-Series is powered by a 12mm dynamic speaker driver, like the one found on the 2nd generation, and you also have two beam-forming microphones. Additionally, the same "three-point anchor system" is also there, which will help keep the buds in your ears without the need to adjust them. You are also getting a stabilizer arc made out of soft rubber, retention curves that match the ear's bottom valley, along with soft-fit eartips. The new Pixel Buds A-Series still have the spatial vent that helps ambient noise creep in and prevents any "plugged-ear feeling".

The Pixel Buds A-Series offers IPX4 sweat and water resistance and will pause the music once you pull them out or plug them back in, thanks to IR sensors. The battery life is still rated at 5-hour of listening time per bed and 24-hour in the charging case.

The biggest upgrade here is the new chipset that sees each earbud connect to your phone directly rather than having one bud connect to the device's source and then rely on the signal from the other bud. This updated hardware also delivers better transmission power as well as improved connectivity, and reduced latency. This should also address any audio cutouts, as well.

Another change here is that the Pixel Buds A-Series no longer have the Attention Alerts, which would automatically lower whatever you listen to when there is crying, barking, or emergency sirens in the background. The ability to share Pixel Buds with individual volume control is also gone. Meanwhile, the remaining features are still available.

Pixel Buds A-Series can be yours for $99 in Canada and the U.S., and it will be hitting the shelves on 17th June.