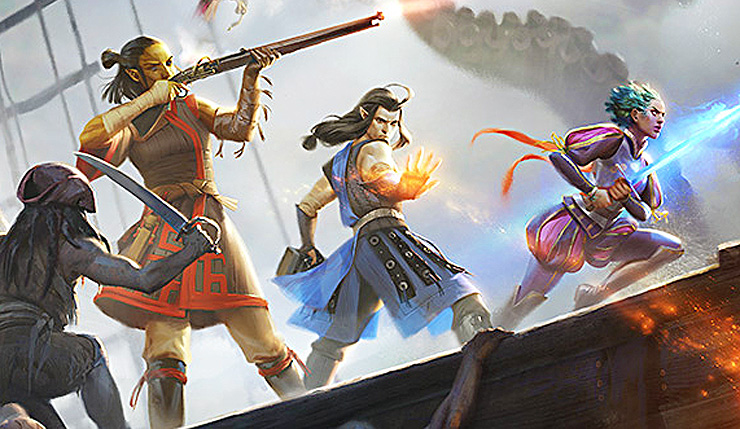 Lately, Obsidian Entertainment has been all about the classic computer RPG nostalgia, with games like Pillars of the Earth and Tyranny designed to dredge up fond memories of PC classics like Baldur’s Gate and Icewind Dale. As such, it’s always somewhat of an open question whether a new Obsidian game will come to consoles – Pillars of Eternity did, but Tyranny did not.

Well, those who prefer playing RPGs from their couches can breathe easy – Pillars of Eternity II: Deadfire is coming to consoles. In fact, Obsidian is expanding their console support, bringing Pillars II to the Xbox One, PS4, and Nintendo Switch. The console version of Pillars II will be developed by Red Cerberus, a Brazilian studio which specializes in porting PC games to console.

In other Pillars of Eternity II news, Obsidian recently detailed some of the game’s impressive visual upgrades. Check them out in the backer update video, below.

Like its predecessor, Pillars of Eternity II: Deadfire was a major crowdfunding success, raising over $4.4 million on Fig. Here’s how Obsidian describes the RPG:

“In Pillars of Eternity II: Deadfire, players embark on a dangerous voyage of discovery as they hunt down a god to save their own souls. Building on the award-winning gameplay of the first Pillars of Eternity, every aspect of Deadfire has been improved and expanded.

Pillars of Eternity II: Deadfire hits PC (Window, Mac, and Linux) on April 3. The Xbox One, PS4, and Nintendo Switch ports will arrive in late 2018.