Phison revealed some really interesting details on next-generation SSDs, particularly, the upcoming PCIe Gen 5 products which will start shipping next year to customers. Sebastien states that while it takes around 16-18 months to develop a brand new SSD design, the technology and enabling for a new silicon process node begins 2-3 years earlier. The company has already started designing low-level components for PCIe Gen 6 SSDs which should be here around 2025-2026.

As for what PCIe Gen 5 SSDs bring to the table, it is reported that PCIe Gen 5 SSDs will offer speeds of up to 14 GBps and existing DDR4-2133 memory also offers around 14 GBps speeds per channel. And while SSDs are not going to replace system memory solutions, the storage and DRAM can now operate within the same space and a unique perspective is provided in the form of L4 caching. The current CPU architectures comprise of an L1, L2, and L3 cache so Phison believes that Gen 5 SSDs & beyond with a 4kb cache can operate as an LLC (L4) cache for the CPU owing to a similar design architecture. 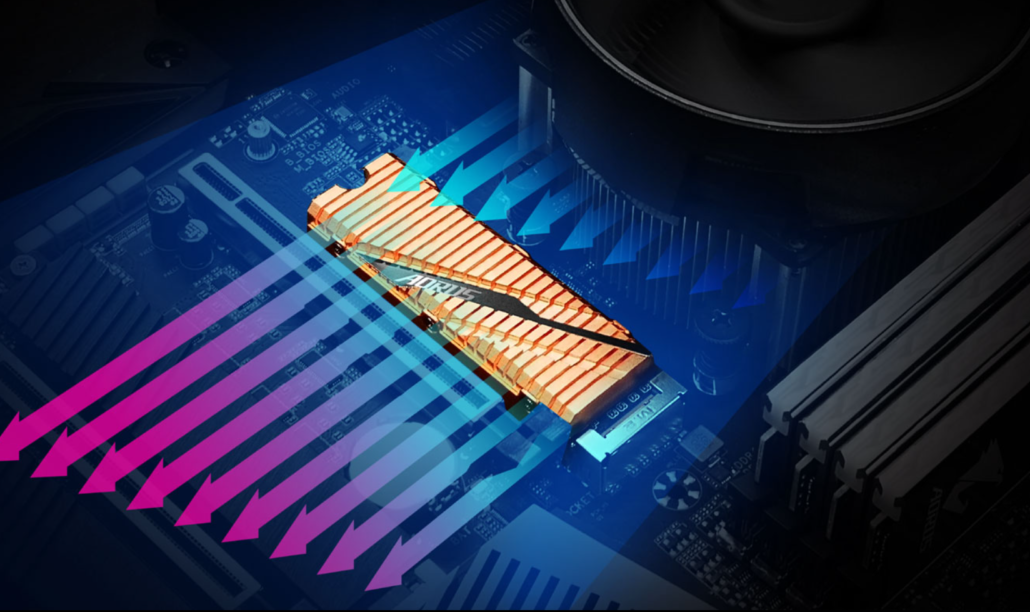 In terms of how SSDs will evolve in the future, while speeds and density will continue to rise and denser NAND will result in lower prices without any size constraints, the next major upgrades will come in lane reduction so instead of having a PCIe Gen 7 x4 SSD, you can have something like a Gen 7 x2 SSD which will deliver even higher speeds. For low-end drives, don't have the NAND capacity to saturate the write speeds but as you move higher to 2 TB and 4 TB drives, you can easily saturate the write speeds and that's where the extra bandwidth of Gen 5 and beyond comes into play.

This will also make SSD manufacturers start investing in new interfaces. Phison also reports that TLC will continue forward but QLC has more interesting applications within the non-gaming segment since it is good for reading speeds but not particularly good at writing. So as an OS drive, QLC-based SSDs will be great and fast and the same application can be applied to HPC users that demand those requirements. Also, Gen 6 and Gen 7 SSDs will offer more permanent use-cases within the workstation and enterprise segment. Phison and other SSD manufacturers also believe that technologies such as Microsoft's Direct Storage API will play a huge role in utilizing the high-performance of next-generation storage products on consumer platforms.

As for thermals and power consumption, Phison states that they advise Gen 4 SSD makers to have a heatsink but for Gen 5, it is a must. There's also a likelihood that we might even see active fan-based cooling solutions for next-gen SSDs and that's due to the higher power requirements that result in more heat output. The Gen 5 SSDs are going to average in at around 14W TDP while Gen 6 SSDs are going to average in around 28W TDPs. Furthermore, it is reported that managing heat is a major challenge moving forward.

Currently, 30% of the heat is dissipated via the M.2 connector and 70% via the M.2 screw. This is also where the new interfaces and interface slots will play a huge role. Existing PCIe Gen 4 SSD DRAM and controllers are good for up to 125C temperatures but the NAND needs really good cooling and hitting 80C will activate thermal shutdown. So the baseline is to keep the SSDs at around 50C for normal operation while higher temperatures will result in major thermal throttling.

Recently, KIOXIA revealed its first PCIe Gen 5.0 SSD prototype with up to 14000 MB/s read speeds and double the IO performance of Gen 4.0 SSDs. Phison will definitely be the choice for premium Gen 5.0 SSDs while competing with Samsung's own controllers. Marvell has also announced its Bravera SC5 SSD controller based on PCIe Gen 5.0 (NVMe 1.4b standard) that hits the market in 2022 along with Silicon Motion's own solution.