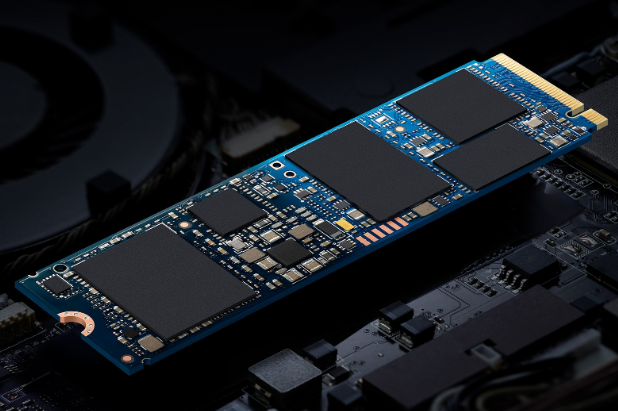 Kioxia has showcased the first performance benchmarks of its next-generation PCIe 5.0 based SSD solutions which will offer twice the bandwidth compared to existing Gen 4.0 solutions.

Being the world's 2nd largest manufacturer of flash memory products, Kioxia has stated during an event that it will be launching its first PCI Gen 5.0 SSDs as early as Q4 2021. The SSDs will be known as the CD7 series and will come in 2.5" EDSFF E3S form factor initially with a Gen 5.0 x4 connection before moving to a standardized NVMe platform. The drives will also be aimed at the data center 8-channel controller and enterprise 16-channel controller segments first before arriving in consumer segments. The capacities for the Gen 5.0 SSDs are said to range from 1.6 TB to 30 TB & will feature 1-3 DWPD. Talking specifically about performance, a benchmark slide was shown where Kioxia compared their existing CM6 PCIe Gen 4.0 SSD solution to a prototype Gen 5.0 SSD solution. The numbers are just mind-blowing as we are still looking at early performance numbers. The PCIe Gen 5.0 SSD prototype features a sequential read speed of up to 14000 MB/s and a Write speed of up to 7000 MB/s. That's a 103% and a 67% jump in sequential speeds over Kioxia's Gen 4 SSD solution, respectively. Moving over to IO performance, you will be getting up to almost twice the Random Read and Random Write performance, respectively while IOPs are increased by 50%. Lastly, we have the latency figures which show up to 77% reduction in Read and 50% reduction in Write latencies. So all in all, we have some pretty big numbers coming in for next-gen PCIe 5 SSDs.

Today, Moore’s Law is no longer valid in terms of CPU and DRAM technology, but it is still valid in terms of PCIe clock rate. 2015 is the third generation of PCIe, 2019 is the fourth generation, and 2022 will be the fifth generation. Even if people spend a lot of money, they can’t increase system performance by doubling the CPU nodes, but they can greatly improve system performance by buying Gen5 SSD instead of Gen4 SSD.

As for when the next-gen PCIe 5.0 SSDs pop up in the consumer segment, well they are expected sometime in 2022 as more platforms from AMD and Intel start to hit store shelves. The Intel Alder Lake CPUs will support PCIe Gen 5.0 (x4) links for SSDs too but it looks like the industry is waiting for Phison to finalize their Gen 5.0 SSD controller for mass production.

Phison will definitely be the choice for premium Gen 5.0 SSDs while competing with Samsung's own controllers. Marvell has also announced its Bravera SC5 SSD controller based on PCIe Gen 5.0 (NVMe 1.4b standard) that hits the market in 2022 along with Silicon Motion's own solution.