Signify has announced that they are launching the revamped version of their Philips hue app for iOS and Android. The app is primarily made for controlling the Hue lighting app. This is the fourth iteration of the Hue app and has been redesigned from scratch. The purpose behind this overhaul is to improve the functionality and enhance the communication with the Hue devices like bulbs, lamps, and other accessories.

You are getting access to a reimagined Home tab, which will help you access each room in the home so you can have access to the Hue lights with a tap. Going further into the room shows the available lights along with the scenes in an in one easy access tiled view. Before this, setting scenes required the user to switch the tabs. This means that we now have a much-streamlined way of controlling lights in a room, whether you are doing it together or individually.

In addition to that, the Home tab is also giving you access to Hue Scene Gallery, a feature that did exist before, but now you have easier access to this feature altogether. Users who are using multiple bridges will now get the chance to swap between them easily to access different lights in the home without having to go through extensive menus. 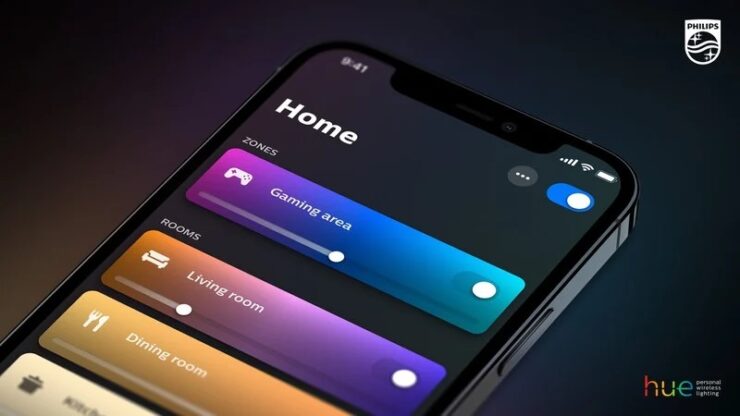 Routines are no longer part of the app as Automations have replaced them; these can be accessed through the Automations tab. Automations now bring more advanced actions than before; you are getting options such as multi-user geofencing support. With this feature, if Coming Home or Leaving Home automation is used, the Hue app will then check to see if anyone else is home before it runs the automation. This ensures that the lights are not turned off when someone is still in the house.

Additionally, Automations that will be running at sunrise or sunset have been improved; now you have an option to end a scene after a determined time, or you can activate the scene at a time before or after sunrise/sunset rather than going for the time that has been set. 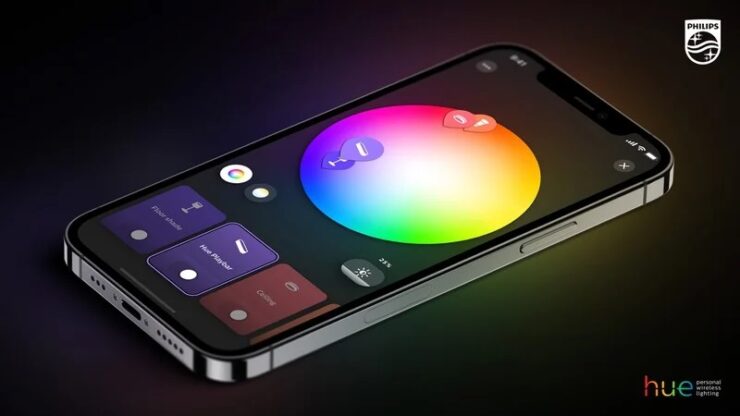 According to Signify, there are more than a hundred other small and large improvements in the new app, just so the overall design can be streamlined and it becomes easier for everyone to use the app. For starters, the design of the Home tab is done to make it easier for everyone to configure their setup from multiple places. It will be easier to customize if you have the Entertainment Area setup, thanks to the redesigned isometric 2.5D view.

Signify talks about how they will enhance the Philips Hue app with dynamic scenes that will let you set the lights in a set Room or Zone transition through various colors of a scene, which essentially means a new lighting effect.

The new update is now available for both Android and iOS, so you can go ahead and get started.

Bulls Rejoice: A Brand-new Inverse Cramer ETF (SJIM) Is About To Hit the Market