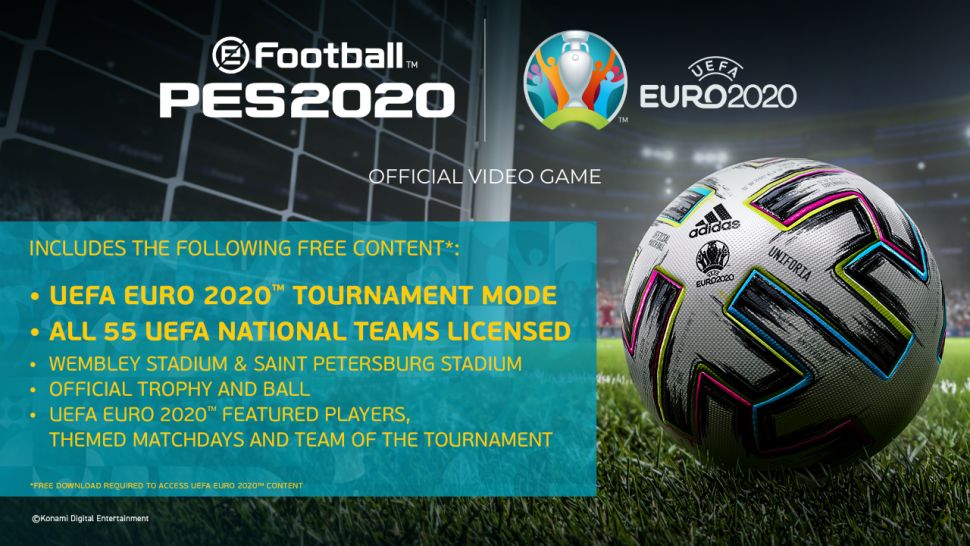 PES 2020 is going to receive a free DLC later next month bringing new content to the game.

The new Euro 2020 DLC will add all 55 UEFA national teams to the game, complete with their latest kits and squad rosters. The DLC will be released on all formats on April 30th.

Additional content will also be coming to PES 2020 as the Euro 2020 tournament progresses.

eFootball PES 2020 brings some new features to the game, such as dynamic dribbling skills, improved ball physics and more as well as a revamped Master League mode.

MATCHDAY: Pick a side and join forces with newcomers and veterans alike in a grand struggle for dominance in this new online competitive mode.

PES 2020 is now available on PC, PlayStation 4 and Xbox One. The free Euro 2020 DLC will be released on April 30th on all consoles.