Performance Gap Between PlayStation 4 and Xbox One Will Not Disappear, Clarifies Oddworld Team 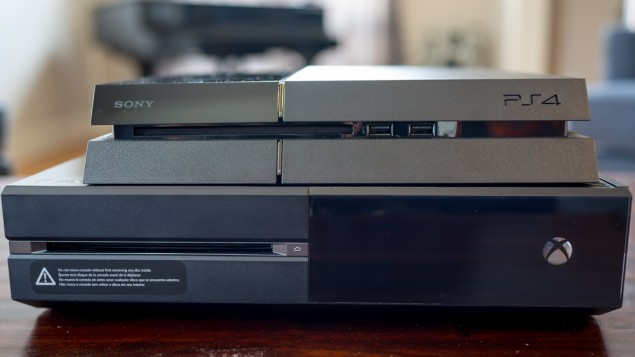 The whole "next-gen" hype has been around for a considerable number of years. Back when PlayStation 4 and Xbox One were not revealed, each and every person in the gaming community monitored anything related to next generation of gaming very closely. In this situation, even a slight mistake could have been critical for both Sony and Microsoft. Unfortunately, Microsoft did make some mistakes that left almost a permanent mark on Xbox One's image.

Keeping aside DRM policies and other software issues, comparatively low Xbox One specifications are causing trouble for Microsoft. "Resolution-gate" is a visible and clear example. A number of next-gen games run better on PlayStation 4 than on Xbox One. Most analysts predict that this state of affairs will continue while some say that Xbox One will soon catch up to PlayStation 4.

Recently, XboxAchievements did an interview with Oddworld Inhabitants co-founder Lorne Lanning. Almost a week ago, the site posted an excerpt of that interview under the title "Performance Gap Between Xbox One And PS4 Will Disappear, Says Oddworld Creator". It is stated in the post that Lanning believes that "disparity between the consoles is already disappearing" and Xbox One will soon be neck to neck with PlayStation 4.

The interview attracted a lot of attention and WorldsFactory brought the question to Just Add Water CEO Stewart Gilray in an interview and asked him whether Lanning's words hold any weight. According to Gilray, Lanning had been completely misinterpreted. The truth is that there is no chance of Xbox One meeting PlayStation 4's performance charts, it would be  “physically impossible.” Stewart Gilray said:

"Actually that is NOT what he said. I spoke to Lorne afterwards and what he meant when speaking to that guy was that budgets, schedules and perceivable differences would narrow, NOT that the Xbox One performance is improving to align with PS4, that is just physically impossible. The PS4 has MORE COMPUTE units, and faster memory and a whole bunch of things, that would make that physically impossible to happen."

This statement clarifies that Lanning was merely pointing towards development costs and popularity among people, not the performance certainly. PlayStation 4 and Xbox One are both favoured consoles but Xbox One will only be on a plane with PlayStation 4 if Microsoft decides to rebuilt the system and increase its hardware specifications. As for 1080P@60FPS, I think Xbox One will sooner or later be able to handle these figures but on the price of in-game visuals.