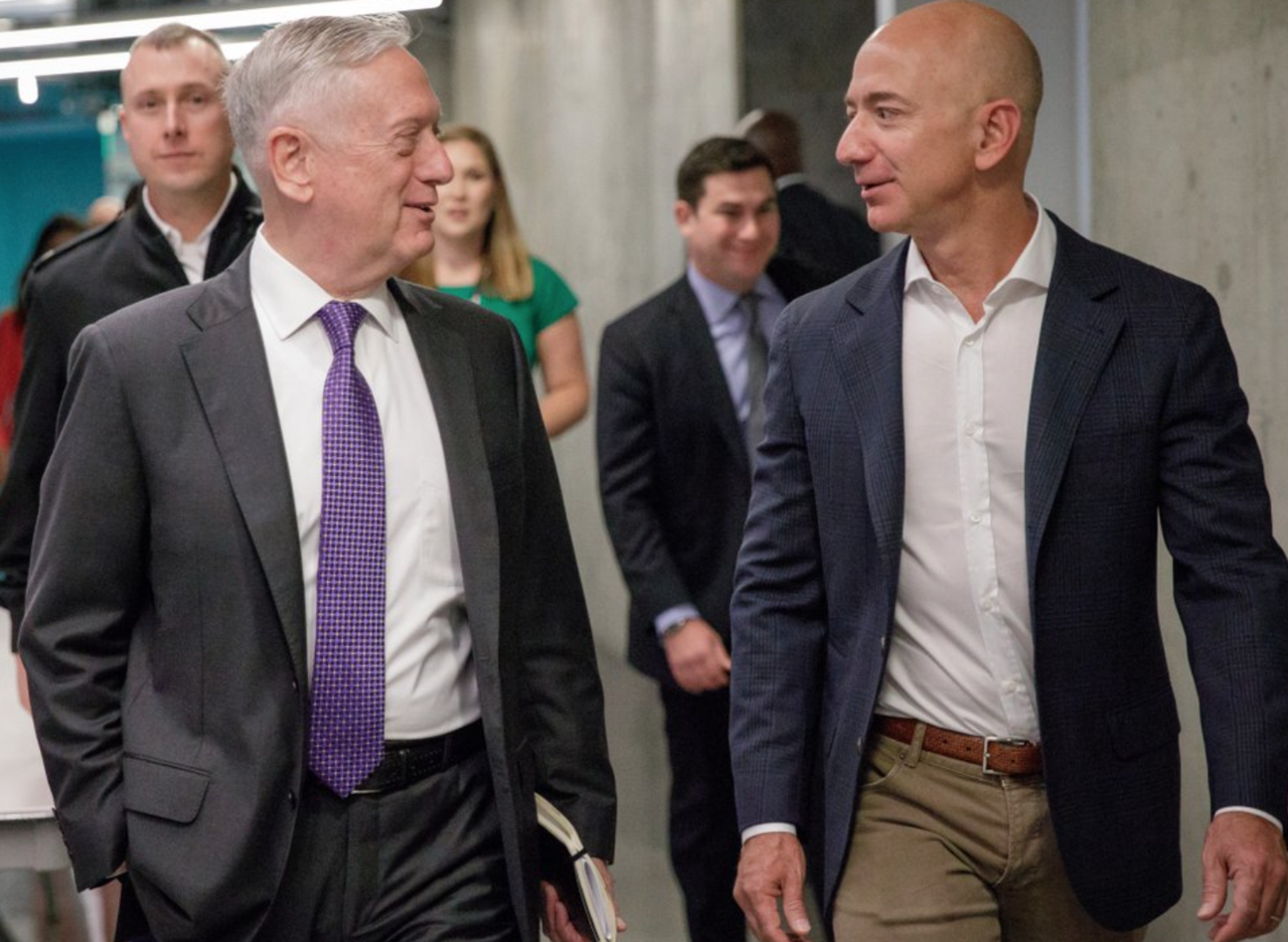 Earlier this month, President Donald Trump with the help of his son-in-law Jared Kushner reached out to the tech community asking them to share their expertise with Washington. In an attempt to modernize how federal agencies use technology, the White House had announced creating "centers of excellence." While little is known about these centers at the moment, now Jim Mattis, the US Defense Secretary, is on a trip to visit the technology giants.

Mattis kicked off his first official trip today with a tour of Amazon's headquarters in Seattle. Reuters reports Amazon is the first stop on Secretary's two-day outreach campaign that is intended to highlight the Pentagon's commitment to tech innovation.

Mattis was also set to then head to California to visit Google headquarters in Palo Alto and then tour the Pentagon's Defense Innovation Experimental Unit (aka DIUx), which is the agency's Silicon Valley outpost set up by his predecessor, Ash Carter, in 2015.

While this is not a White House visit, it is the first of many expected steps taken by the new government to patch up its relationship with the tech industry. President Trump on several occasions has criticized Bezos (and Amazon and Washington Post, in association), during his election campaign and even after his win.

The #AmazonWashingtonPost, sometimes referred to as the guardian of Amazon not paying internet taxes (which they should) is FAKE NEWS!

Unlike some tech executives, Bezos didn't remain silent either, and even offered a $4.5 billion space trip to Trump in 2015, offering to send him into space on one of his Blue Origin rockets.

Finally trashed by @realDonaldTrump. Will still reserve him a seat on the Blue Origin rocket. #sendDonaldtospace https://t.co/9OypFoxZk3

At this moment, it is clear that the White House and Pentagon are trying to work with the trillion dollar tech industry - an industry that will also in return profit from a better relationship with the government.