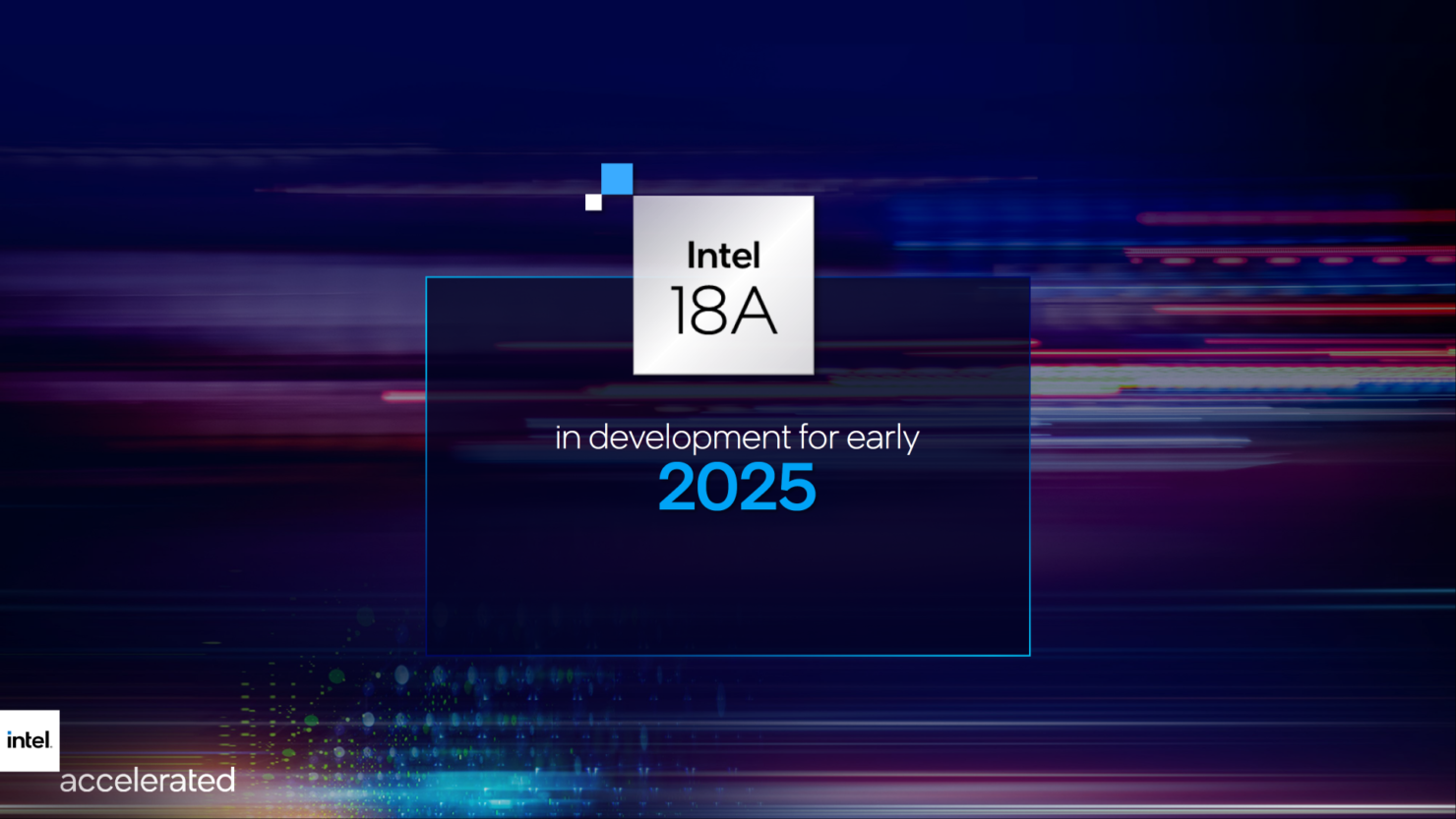 Santa Clara, California-based chipmaker Intel Corporation has won an award from the United States Department of Defense (DoD) to develop a U.S.-based foundry ecosystem to manufacture semiconductors on leading-edge chip process nodes. This award is part of the Pentagon's Rapid Assured Microelectronics Prototypes - Commercial (RAMP-C) program, which aims to counter the rise of Asian chip foundries with the development of chipmaking facilities inside the United States.

It aims to develop technologies capable of fabricating transistors smaller than 7 nanometers - a space currently dominated by the Taiwan Semiconductor Manufacturing Company (TSMC). While the Pentagon remained silent about the award, Intel announced it through a press release, highlighting that the Defense Department is interested in the company's 18A chip process.

Intel's 18A chip process is a renamed version of what would likely have been its 2nm process had the company not revamped its nomenclature earlier this year. In July, the changes took place when the company announced its process roadmap for the next four years and beyond.

In the new roadmap, Intel renamed its advanced 10nm Enhanced SuperFin chip process as Intel 7 and dubbed its 7nm process as Intel 4. Additionally, the company went beyond this to entirely change the way it refers to its chipmaking technologies, as it introduced two new nodes, dubbed as the 20A and 18A nodes.

These nodes, on the surface, attempt to wrench away the nomenclature advantaged enjoyed by TSMC and Intel's smaller rival, chip designer Advanced Micro Devices, Inc (AMD). AMD has taken the ball to its larger rival's court by selling 7nm processors, with Intel, on the surface, still sitting on 10nm chips.

With precise details of the transistor densities and especially dimensions of Intel 10nm and TSMC's 7nm (used by AMD) uncertain, the company, who was one of the first in the world to adopt next-generation extreme ultraviolet (EUV) chipmaking machines, saw itself struggle to keep pace with both TSMC and AMD. 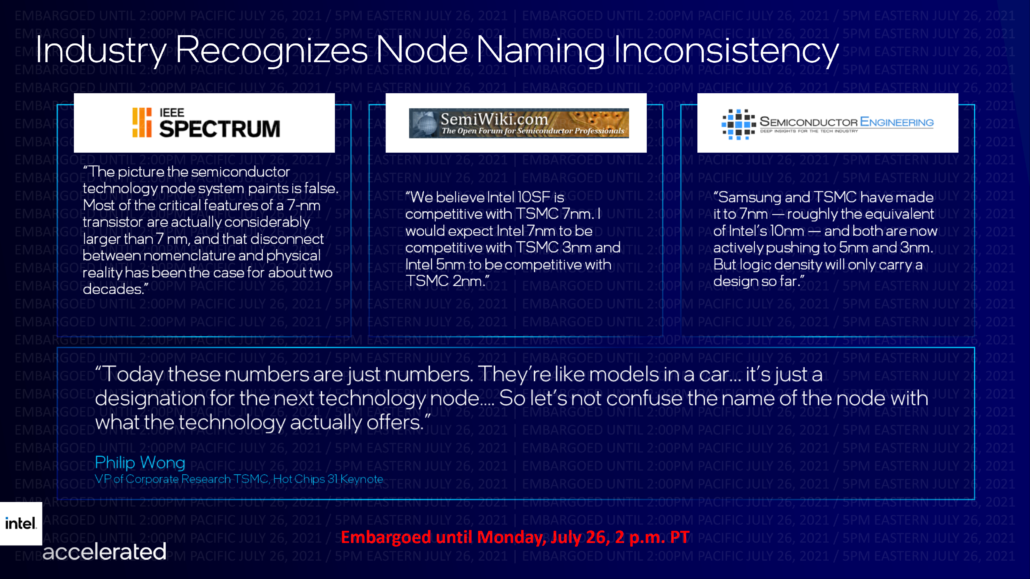 An Intel side from its process roadmap revamp in July describing the discrepancies with modern-day chip process nomenclature. Image: Intel Corporation

Based on our speculation, Intel's 18A node, which has piqued the Pentagon's interest, should resemble what under the older naming scheme would be referred to as a 2nm process. The speculation follows logic, as 10 angstroms equal one nanometer, so 18 angstroms do end up roughly equal to two nanometers.

Of course, and as Intel stresses in the slide above, even if the 18A process is referred to as 2nm, this does not imply that its transistors are dimensionally similar to similarly named processes from other fabs.

What is crucial when it comes to the 18A is the fact that Intel will use second-generation EUV machines to manufacture chips using the process designs. These machines have a higher numerical aperture (NA) and are simply referred to as High-NA machines in the chip world.

Currently, TSMC employs exactly half of the global installed production-ready EUV machines and has a lead in shipping processors built through them. However, while access to these machines is the first part of the chipmaking war, access to the high-NA machines will be the second.

With chipmakers going big and trying to print transistors as fine as 5nm, 3nm and even 2nm, even the high wavelength ultraviolet light will be pushed to its limits. To resolve this, the new machines will uses lenses with a 0.55 NA, which allows more light to pass through than in their predecessors and allows for crisper transistor printing.

The 18A process is expected to enter a level of production by the second half of 2025, and if TSMC's current pace of research continues, then the company, like Intel, will also have shifted to a new transistor design in the race to squeeze billions of them in a space equal to a human fingertip