A smartwatch for Android and iPhone company, Pebble had recently just launched its latest Pebble Time smartwatch on the popular website Kickstarter (which is mainly a site for funding creative projects by aspiring entrepreneurs) furthermore they announced its newer version The Pebble Time Steel at the Mobile World Congress 2015 in Barcelona, Spain this Tuesday. CEO, Eric Migicovsky of Pebble made this official at MWC. 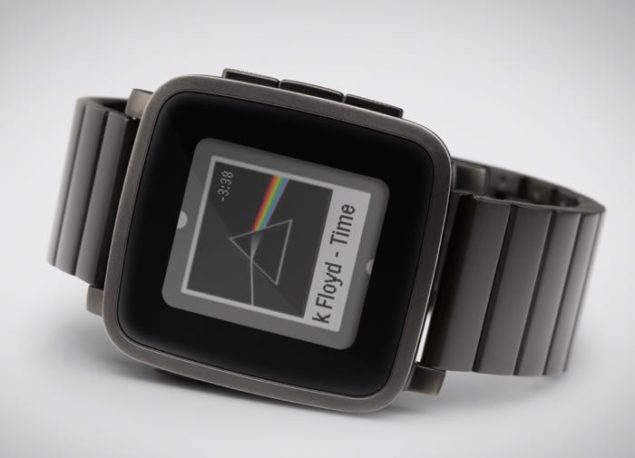 This latest watch announced by Pebble has a similar technology as the Time, but this time it is designed in a way which provides it with a more sophisticated and elegant outlook because of it being enclosed in a piece of stainless steel. The steel has various outlooks including silver, black and golden-colored metal bodies. Using up steel made the watch a little bulkier than before and also it caused an increase of 1mm thickness than the regular plastic variant. Each and every watch will however be shipped with a leather strap as a complementary package in order to make the deal more attractive for the users. Pebble also claims that by doing that, they extended the seven-day battery time of the regular model up to ten days now.

Pebble is making it accessible for the third parties to the accessory port in order to develop "smart straps" for the new watch in town. Functionality will be added via embedded sensors. Which will include extended battery life initially, which will measure your heart rate or display light notifications, GPS Units, boosting up time between charges, etc.

"It's one of the reasons why we wanted to launch the Time on Kickstarter," says CEO Migicovsky. "Our plans involve more than just people buying the watch. We want to involve the community, to come up with the different straps." He says that we'll likely see some of the early smartstraps by the end of the year.

The company is expecting the delivery to be in summer, probably early July but still this is just an anticipation of estimated time period which is subject to vary according to the given circumstances. Where Pebble has already made their firm footings in the smartwatch wearable category, it has started its pre-ordering now on where It’ll sell for $299 at retail and for $250 on Kickstarter.

Many people including me thought that the Pebble project might just be forgotten because of the launch of the apple watch, the launch event of which will be held just a few days from now. But Pebble seems to hold its ground and has shown that it is not easily backing out, and with these new offerings Pebble has set its feet firmly in the smartwatch industry and looking at their sales records and funding from people. I have a feeling we are going to see more from Pebble in the near future. 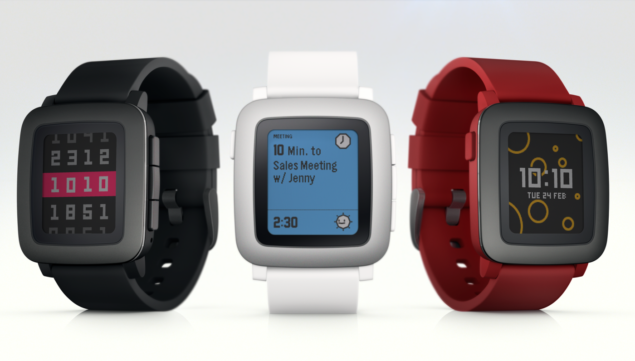