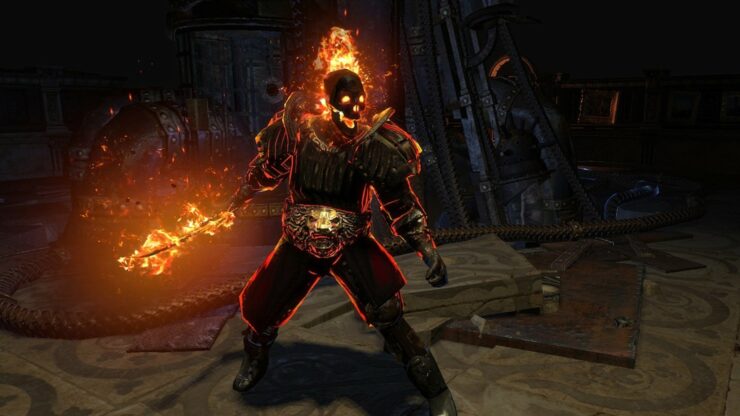 To celebrate the event, the folks at Grinding Gear Games organized a Reddit AMA on the Xbox One channel. Several questions from the community were answered by the developers, who explained their choice to port Path of Exile to Xbox One rather than PlayStation 4 due to Microsoft's console being much easier to work with when porting games from PC.

As a relatively small PC developer, it's a lot easier to port a game to Xbox than PS4. This is because the APIs and tools for PC and Xbox One are the same.
In fact, porting the game to Xbox had a really positive effect on our PC version as all the optimisations we made for Xbox work on PC just as well!

However, there are no plans to allow cross-play between PC and Xbox One gamers.

We don't plan to add crossplay, sorry. In addition to technical challenges, there are fairness and balance issues that we haven't come up with good solutions to.

We already knew that Path of Exile would support the Xbox One X on Day One with a 4K/60fps patch, and during the AMA the developers also claimed to be investigating support for HDR displays.

With regards to post-launch additions to Path of Exile's Xbox One release, they said:

PvP is not enabled in the Xbox version currently, but we're looking into this for the future. We plan to run PvE races, which are also competitive.

There isn't local co-op support currently, but it's one of the big things to consider adding in the future now that the launch is out of the way.

Guilds and a ladder for legacy leagues are on the list of big features we'd like to add.