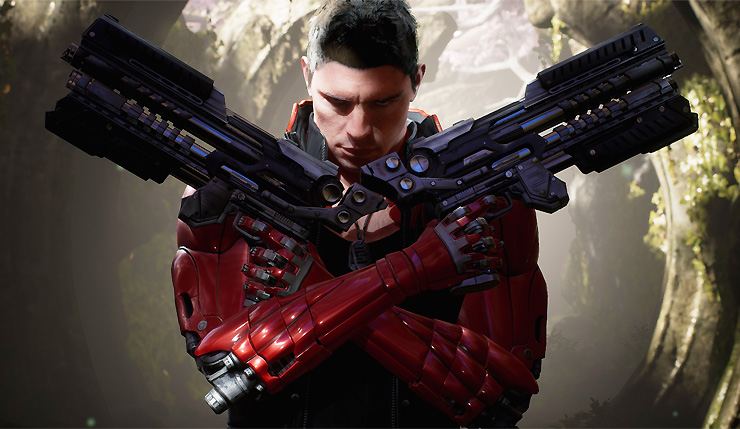 Earlier this year Epic Games made the difficult decision to shut down their MOBA, Paragon, so they could focus their full resources on the wildly-popular Fortnite. Most of us figured that was the last we’d hear of Paragon, but it turns out the game will live on, in a way.

Epic has announced they’ll be releasing all their Paragon assets, which cost over $12 million to create, for free. Unreal Engine 4 developers can use the assets however they’d like – here’s what’s included:

Characters: 20 Paragon Hero characters will be initially available including all skins for distinct character variants. The release also includes base meshes, thousands of textures, VFX and animation cycles, and dialogue with hundreds of sound cues. The character Shinbi comes with an animation Blueprint which can be tailored to specific needs.

Environments: The release includes over 1,500 environment assets created for the Agora and Monolith maps, including a sample map for developers to use and customize as desired.

More to Come: Epic will release millions of dollars of additional Paragon asset packs beyond the initial $12 million offering through spring and summer 2018.

It’s pretty easy to see what Epic is trying to do here – they’re likely hoping some intrepid indie developer will take all the old Paragon assets and build a new, hopefully more successful, version of the game. We’ll see if anybody takes them up on it.

Epic Games launched Paragon as an Early Access game back in March 2016 and remained cagey about a full release as they continued tinkering with the title. Now that full release will never come. We don’t know exactly how many people were playing Paragon, since the game was released independently by Epic, rather than through Steam, but in their own words, the numbers weren’t enough for the game to be considered a “mainstream success.”

Paragon’s servers will shut down on April 26. You can request your refund, right here. Those playing on PS4 will have to create and link an Epic account to get their money back.