Much of the earnings call and later speculation hedged around the Gigafactory in Nevada, and partnership with Tesla (NASDAQ:TSLA). Panasonic noted an operating loss regarding the factory and claimed they had to ramp up faster than expected but believes to be profitable next fiscal year once 35 GWh capacity is met and costs can be controlled. Elon Musk has said publicly over a year ago Tesla’s intention to produce 5000 Model 3’s per week, so the ramp up production should have been foreseeable especially when the building is shared. We noted last week that the Model 3 was the best-selling vehicle in the United States with Tesla working to increase their output, Panasonic will have to increase their capacity in the factory at the same rate.

Panasonic is moving forward with Tesla, increasing their investment in Nevada as Tesla is starting another Gigafactory in China. With tariffs in place between China and the United States, it is likely that batteries made for vehicles sold in China would be built there as well. Panasonic noted that battery production is very important to the growth of the company including other partnerships with Honda for motorcycles and Toyota in their EV lineups along with the close partnership with Tesla. 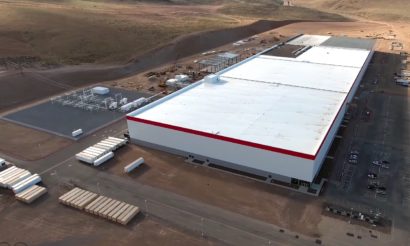 With so much discussion around the Gigafactory, it should be noted how diverse Panasonic is in other industries such as appliances and commercial solutions.

A breakdown of revenue by division is below:

Global sales were stagnant, while material costs rose, and currency fluctuations were unfavorable causing operating profits to fall 17% in this segment.

Sales rose 6% and profits rose 11% they attributed much of this gain to increased activity in housing divisions in India and Southeast Asia.

Sales were down 2% but had strong momentum from automation business, logistics industries, public services, and local government. Profit rose by 30% year over year, but mostly related to large one-time expenses in the aviation business in the prior year.

Automotive and Industrial (34% of revenue)

Sales increased 9% but profit dropped 26%, largely related to charges with the battery factory in North America (the Gigafactory), and controlling costs of development for infotainment in Europe.