This New Paint Kills 99.99 Percent of All Bacteria Around Us

It’s apparent how hospitals are required to be clean and how the concern about healthy environment is growing across the globe in a rather rapid way. But there’s also no doubt regarding how its getting more and more difficult to keep the expansive surface area of hospitals free from the ever growing germs and bacteria around.  So to make sure this can be done in order to help the connected lives of enormous staff and most importantly, the patients. Sherwin Williams has made a new paint which can automatically kill bacteria and create a sterile environment.

The microbicidal paint known as the paint shield, can effectively kill bacteria and like infection driven microbes within two hours of its exposure to the desired place. According to the reports, Sherwin Williams, bacteria’s responsible for E-coli and MRSA can also be killed and be carried away from the surfaces up to 99.9 percent, which makes it a huge deal. Adding to that, this paint also inhibits the growth of the infectious bacteria which are killed on the surfaces. Not only that, you can get away from bacteria for as long as four years using this paint only once in that time span.

"Paint Shield is one of the most significant technological breakthroughs in our nearly 150 year history of innovation," said Chris Connor, the chairman and chief executive of Sherwin-Williams, in a statement released to the press. "By killing infectious pathogens on painted surfaces, Paint Shield is a game-changing advancement in coatings technology." 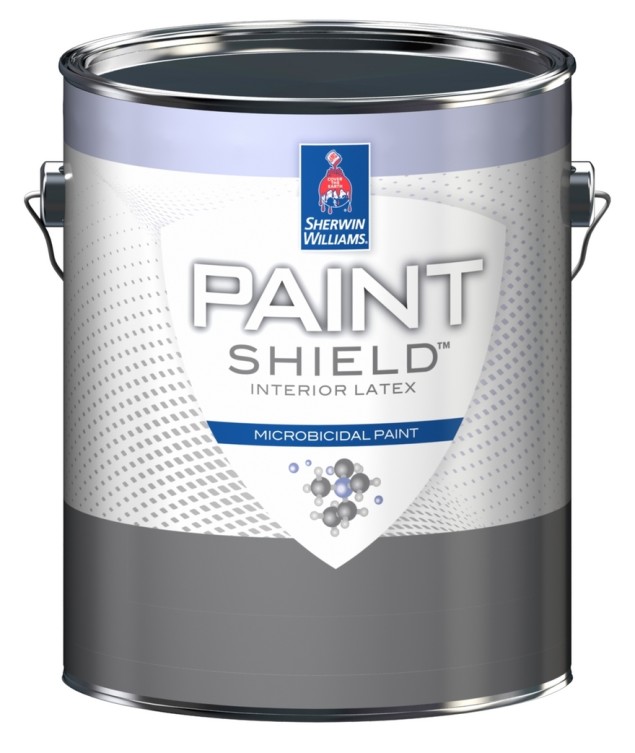 This is still considered to be a timely invention since according to some recent reports coming from the US data centers, people who got admitted to hospitals were found to be in contact with one other infection that they were not exposed to before they went to the hospitals. According to the reports, Sherwin Williams has been really working hard with the microbiologists and scientists in order to get this paint functional. This paint is expected to be in the markets for normal sale from the next year.

Also, not only that, Paint Shield is expected to arrive with a range of 590 colors so it’s not going to be a dull boring hospital if you wish to get it coated within the hospital territory. Furthermore, it can be easily applied on the walls, doors, day care centers and even non-porous ceilings. While not talking about hospitals alone, it can also be used in clinics, day care centers and cruise ships as well, heck it can even be used in your home if you are a clean freak!

"Continued progress in combating HAIs [hospital-acquired infections] will require a broad array of measures, including passive methods that are less dependent on human intervention," commented Steve Revnew of Sherwin-Williams. "By continuing to kill MRSA and other bacteria, even after repeated contamination, Paint Shield offers hospitals and other facilities an important new tool to help in the fight against the spread of HAIs.

However the fact still remains that this is not a paint tested in real world scenarios and it can have side effects to say the least, it still needs to get approved and properly tested before it can get mass produced. With that said I sincerely hope that the tests go well and we can get away from many emerging problems that we are facing right now. Tell us what you think about this invention in the comments below and do you believe it will go through the testing procedure without any hassle.