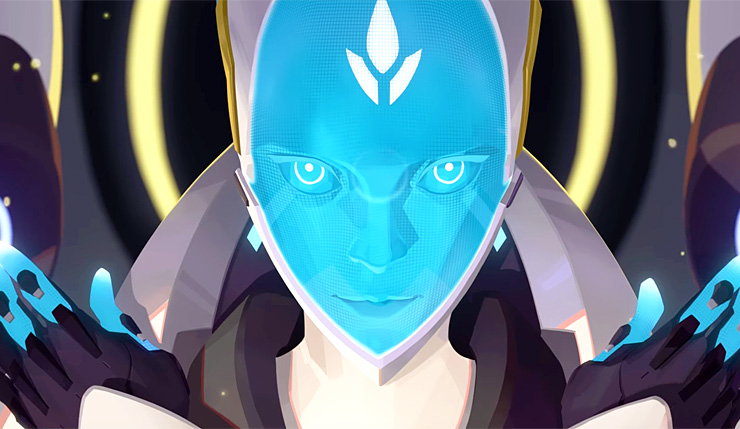 Overwatch has revealed its next hero, and it’s the “evolutionary robot” Echo. Blizzard finally adding Echo to Overwatch comes as somewhat of a relief, as they’ve been teasing the character forever -- she originally debuted in the McCree “Reunion” animated short shown at BlizzCon 2018 (which also provided our first look at Ashe). Blizzard has continued to tease Echo since, but provided no hint as to when we’d actually be able to play as her. Well, it seems that time is coming soon, as Blizzard has dropped a new origin story trailer for Echo, which you can check out, below.

The Echo origin story trailer is relatively brief, but it does deliver some juicy lore. We’re introduced to Dr. Mina Liao, who helped create the Omnics and was one of the six founding members of the Overwatch team. In order to repent for accidentally setting off the Omnic Crisis, she Dr. Liao created Echo, who seems to have been programmed to mirror, or echo, her creator. Unfortunately, it looks like poor Dr. Liao was killed somewhere along the way. So, that explains why Echo is always treated with such reverence – she basically carries on the spirit of one of the most important Overwatch team members.

A few tidbits about her history aside, we don’t know how Echo will actually play or when fans will be able to get her hands on her. Expect her to hit the Public Test Region soon enough though.

Overwatch is currently available on PC, Xbox One, PS4, and Nintendo Switch. Overwatch 2 is on the way, possibly as soon as this year, but it will share all its multiplayer characters and content with the original Overwatch. What do you think? Excited that Blizzard is finally getting around to adding Echo to Overwatch? Or has the long wait just not been worth it?