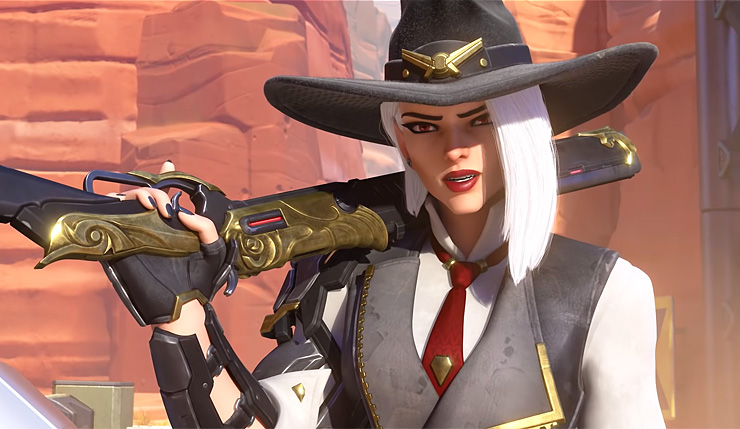 BlizzCon 2018 kicks off today, and, of course, the show’s opening ceremonies have been packed with new content announcements, including the reveal of the 29th Overwatch Hero. But before we get to that, why don’t you check out the action-packed new Western-themed Overwatch animated short featuring everybody’s favorite one-armed cowboy, McCree?

Pretty epic stuff! Certainly a lot of teases for new characters in there – you get the feeling that the mysterious robot from the end, Echo, will join the Overwatch eventually, but, for now, Blizzard is focusing on the white-haired, rifle-wielding badass, Ashe. She’s leader of the Deadlock Gang, and seems to have a history with McCree, although they’re clearly not getting along at the moment. McCree gets the better of her in the animated short, but you can bet Ashe won’t let that stand. You can get a better look at Overwatch’s 29th character in action, below.

Here’s the full rundown on Ashe:

Ashe quickly fires her rifle from the hip or uses her weapon’s aim-down sights to line up a high damage shot. She blasts enemies by throwing dynamite, and her coach gun packs enough punch to put some distance between her and her foes. And Ashe is not alone, as she can call on her omnic ally B.O.B., to join the fray when the need arises.

Overwatch is available on PC, Xbox One, and PS4. Blizzard hasn’t announced a release date for Ashe yet, but expect her to roll out within the next couple months.