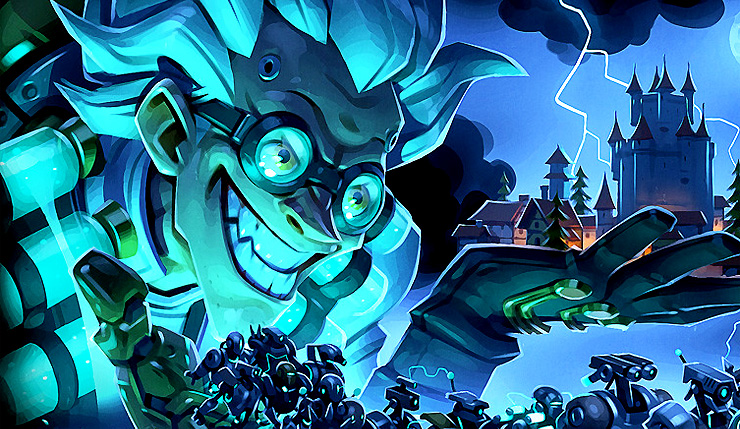 October is upon us, which means you can expect a whole mess of Halloween-themed events to pop up in games over the coming weeks. Naturally, Overwatch getting in on the act, with the return of their Halloween Terror event – Blizzard dropped this tease on Twitter earlier this morning.

There’s a rumor among explorers
About a monolithic lair
Home to terrifying horrors
Heroes, how will you prepare? pic.twitter.com/XK7W7e0SKA

Blizzard hasn’t announced specifics about this year’s Halloween Terror event, but the teaser says a lot -- it offers a glimpse of the Adlersbrunn map (a reskin of Eichenwalde) and the logo features good ol’ Dr. Junkenstein. In other words, don’t expect Halloween Terror to change a whole lot this year. The mode will likely once again focus on the Junkenstein’s Revenge player vs. zombies mode, with some additional playable characters (in the past you’ve been limited to Ana, Hanzo, McCree, Soldier: 76, Genji, Torbjorn, Widowmaker, and Zenyatta). Of course, new skins and other collectible goodies will be on offer.

So, are you excited for the return of Halloween Terror? I’ve always enjoyed the game’s PvE modes, so I’m definitely up for a few more rounds of Junkenstein’s Revenge. Hopefully Blizzard adds some new tweaks to make the mode feel fresh this year.

In other spooky Overwatch news,  Blizzard has announced two lines of officially licensed real-life Halloween costumes. The first line is exclusive to Spirit Halloween stores, and includes Soldier: 76, Mercy, Reaper, and D.Va costumes. Meanwhile, Disguise Halloween is releasing a separate series of Tracer, Genji, and Soldier: 76 costumes through Walmart, Target, and Party City. Sadly, there doesn’t seem to be any sexy Overwatch costumes for those hoping to spice up their nerdy Halloween gathering.

Overwatch is currently available on PC, Xbox One, and PS4. Halloween Terror 2018 will rise from the crypt on October 9.