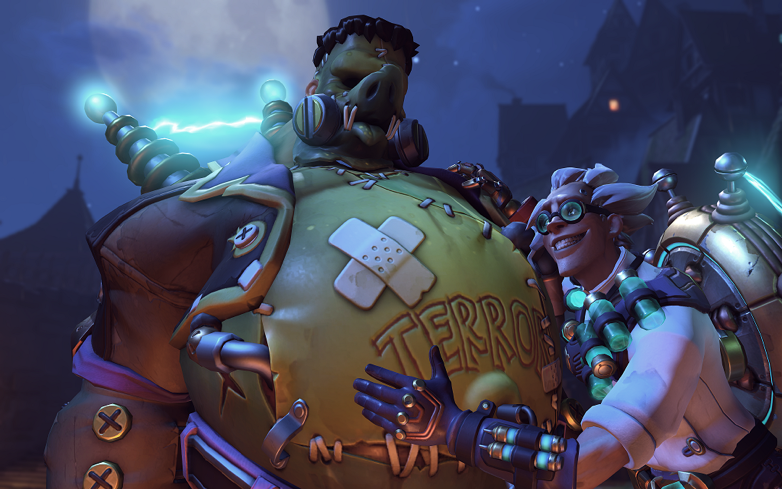 Overwatch hits an impressive milestone and announces a brand new mode. Blizzard Entertainment announced today that Overwatch has reached over 20 million players along with the introduction of a brand new Halloween game type on the haunted streets of Hollywood.

Judging from the trailer below, it looks likes that Junkenstein's Monster is an undead Roadhog with cameos from Junkrat, Reaper and wonderfully wicked looking Mercy who are clearly up to no good. The players will be play as either Ana, Soldier 76, Hanzo and McCree in Junkenstein's Revenge.

All Loot Boxes are being replaced with special glowing jack-o'-lanterns starting today. They contain over 100 new cosmetic goodies like profile icons, victory poses, emotes, sprays and skins that are all themed around spooky Halloween goodness. Like regular Loot Boxes, the Halloween Loot Boxes are all random. Be sure to get on Overwatch before November 1st in order to score some spooky gear from the Halloween 2016 collection.

Overwatch Halloween Terror is available now on PC, PlayStation 4, and Xbox One. Are you still playing Overwatch or did it bore you already? Let us know in the comments.