Overwatch 2 Won’t Drop for at Least a Year, Don’t Expect Too Many New Heroes at Launch 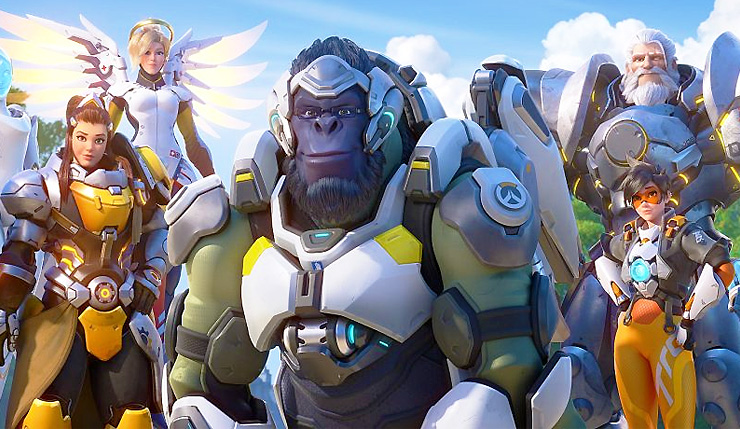 At BlizzCon 2019 the long-rumored Overwatch 2 was finally announced, but the game’s release date was left a total mystery. Well, don’t expect the sequel any time too soon – according to series mastermind Jeff Kaplan, we won’t be playing Overwatch 2 until after BlizzCon 2020 (at least).

What’s important to us at Blizzard, on all our games, is that the game is awesome and the players are like ‘Yes, this is ready and now’s the time.’ I don’t have a date, It’s not this year, that’s a pretty safe answer. I have a feeling we’ll be talking about Overwatch 2 again next year at BlizzCon. If that helps.

Another thing was pretty obvious when watching the Overwatch 2 trailer – there didn't seemed to be that many new characters running around. There was the newly-revealed Sojourn, but aside from that, it was mostly familiar faces. Kaplan confirms Overwatch 2 won't be launching with anywhere near the same number of new Heroes as the original...

Of course, another pressing question has been raised – is Overwatch 2 even a true sequel? All the game’s new PvP Heroes, maps, and features will be available to owners of the original Overwatch, with only the new co-op story missions being exclusive to the sequel. So, is Overwatch 2 really more of a glorified DLC pack? Kaplan isn’t listening to that talk…

I don’t subscribe to that at all. I think the game is absolutely a sequel. It’s a huge game, and I think not only are we trying to do right by our players – current Overwatch fans who aren’t interested in Overwatch 2 – I’m hoping that we’re doing right by players of games that have sequels that are nothing to do with Overwatch. I hope we actually influence the industry a little bit. Progression can come forward with you.

Overwatch 2 is coming to PC, Xbox One, PS4, and Nintendo Switch. What do you think? Excited? Or is Blizzard not doing enough for this sequel?