Outlook for Mac Is Getting a New Design and Performance Improvements 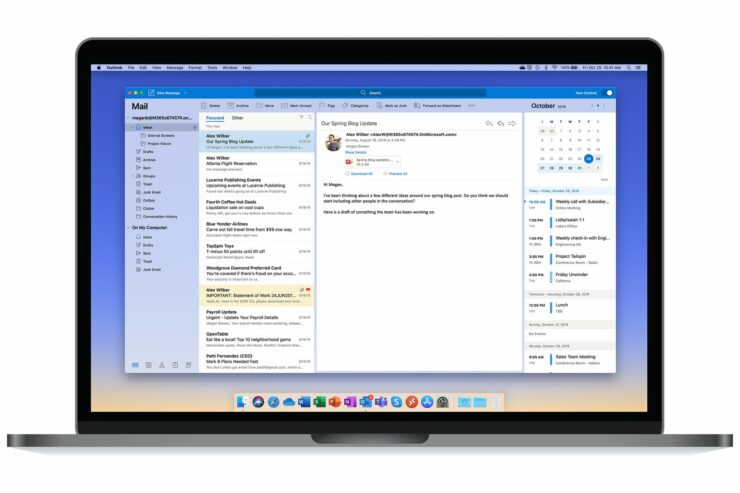 Microsoft has announced some major new updates to its Outlook for Mac app. The app will be getting a brand new design, with a new toolbar replacing the previous ribbon menu. Email reading and writing user interfaces, as well as the calendar design, are also being updated. The app will also gain performance improvements that will bring its sync speed and capabilities on par with Outlook on iOS and Android.

Microsoft's Office apps for Mac have been criticized for their performance issues, and Outlook has been one of the slowest apps in the suite. The company aims to fix these issues by bringing its sync technology from Outlook for mobile, and Windows Mail in Windows 10, to Outlook for Mac. This should allow for faster email and calendar sync for Office 365, Outlook.com and even Google accounts.

In the screenshots posted by the Verge, the new design looks good. A new 'My Day' calendar shows on the right side of Mail. Users can customize this to show other panels. Outlook for Mac is also gaining new user interfaces for email and calendar. The email compose UI, and calendar entries pop-up menus have been redesigned. 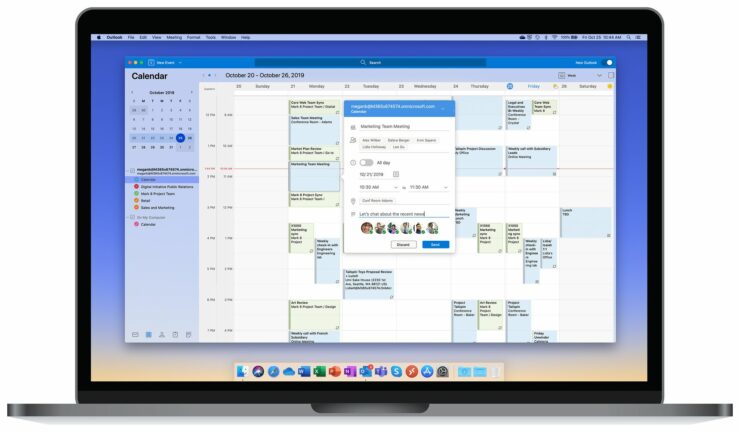 The ribbon menu is being replaced by a simple toolbar, which looks much cleaner and easy on the eyes. It looks much better on macOS than the ribbon menu ever did. The toolbar will be customizable and will show contextual options, depending on where you are in Outlook. A new larger search field takes center-stage on top of the app. Search is now more powerful and supports  new filters.

Regarding the removal of the ribbon, Microsoft told the Verge:

Following the same design principles as the Office 365 user experience updates announced last year, the ribbon was updated in the new Outlook for Mac to be fully customizable. In Mac environment, we refer to it as a toolbar – at this time, there are no plans to announce updates to the ribbon elsewhere on Office for Mac.

The preview will be rolling out to Outlook for Mac Fast Ring insiders later this week. You can switch by going to Help > Check for Updates  > Advanced and change Update Channel to Insider Fast. The app will update to reflect the change.

Mac has a thriving ecosystem of email apps. Apps like Apple Mail, Spark, Newton Mail, AirMail, Canary Mail and many more are now being used by users. It will be interesting to see if the new Outlook for Mac can convince users to switch.

We will cover the app in more detail once the update rolls out to the public this week.